No Houses on Rent for Indians in Singapore 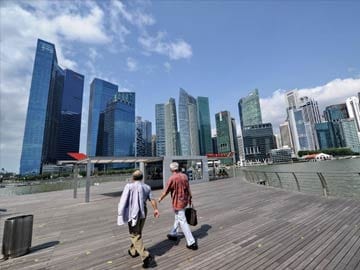 Singapore: Many online home rental websites in Singapore include the words "No Indians, no People's Republic of China (PRC)", which is sometimes followed by the word "sorry", leading to increasing rental discrimination in the city.

The issue appears more common with less expensive properties and on sites where content is posted directly by users, the Online Citizen reported.

The president of the Universal Society of Hinduism (USH), Rajan Zed, has called on Singapore's President Tony Tan and Prime Minister Lee Hsien Loong to put an end to the discrimination, which is becoming a rising menace.

The emergence of anti-foreigner sentiments in Singapore has become a major cause of concern, with the government constantly urging the Singaporeans to welcome expatriates and to help them integrate into the city-state's multi-cultural society.

One Indian expatriate said his agent told him that many landlords would refuse to rent flats to him because "Indians always cook smelly curries", BBC reported.

Charlene, an estate agent, said it was common for landlords not to rent houses to tenants from India or China because such tenants "are not people who are house proud".

"Many don't clean weekly, and they do heavy cooking, so dust and oil collect over the months. They may use a lot of spices that release smells people don't like," Charlene added.

Promoted
Listen to the latest songs, only on JioSaavn.com
Singapore is one of the ethnically most diverse nations, consisting mainly of Chinese-origin people along with Malay, Indian and other ethnic groups.