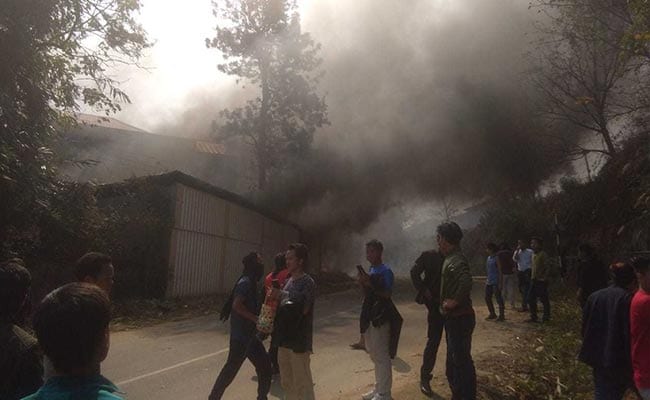 The minister also claimed he wasn't aware of deployment of additional companies of the ITBP and the CRPF in the state capital, fuelling speculations of a rift within the Pema Khandu-led government.

"I am deeply shocked to learn about the death of three youths, but none of them was killed in police firing. I had directed DGP SBK Singh and SP (Itanagar) M Harsh Vardhan to arrest trouble mongers," Mr Waii said.

Protests had broken out in Itanagar and Naharlagun town on Saturday after the ruling BJP government announced that it was considering issuing permanent resident certificate (PRC) to six non-Arunachalee communities, prompting the administration to clamp curfew and suspend internet services.

The agitation, which raged on for three days despite the curfew, subsided after Chief Minister Pema Khandu announced Monday that his government wouldn't pursue the issue any longer.

An official said the curfew was lifted Tuesday morning but the internet services continued to remain suspended for the fourth consecutive day.

Mr Waii said people should cooperate with the police to ensure their safety and security. He added that it wasn't possible to pin blame on any particular group or community for the protests.

Asked about Chief Minister Pema Khandu's decision to constitute a peace committee, Mr Waii said he would follow instructions as and when he was asked to. The Home Minister added that he had sent messages to the Chief Minister, requesting him to call a cabinet meeting. He said he wasn't officially informed about the meeting.