No Data On Surgical Strikes Carried Before September 2016: Army Official

The reply came in response to an RTI filed by Jammu-based activist Rohit Choudhary about the number of surgical strikes on Pakistan between 2004 and 2014, and after September 2014. 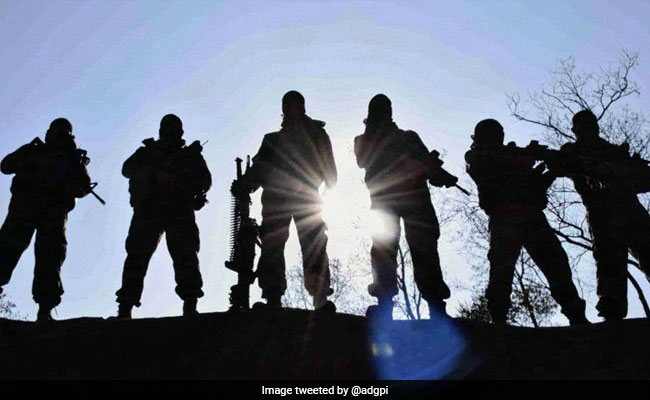 Some Congress leaders claimed that surgical strikes were conducted during the previous UPA rule. (FILE)

The Indian Army has no data to suggest that surgical strikes were conducted by its troops across the Line of Control (LoC) before September 29, 2016, the day when such strikes were carried out in Pakistan Occupied Kashmir (PoK).

This was stated by the Directorate General of Military Operations (DGMOs) in a RTI reply, putting to rest the claim of UPA and Congress that six surgical strikes were conducted during the period of Manmohan Singh government.

"This section does not hold any data pertaining to surgical strikes if carried out before September 29, 2016," said Lt Col A D S Jasrotia at the Integrated Headquarters of MoD (Army).

The reply came in response to an RTI filed by Jammu-based activist Rohit Choudhary about the number of surgical strikes on Pakistan between 2004 and 2014, and after September 2014. He had also sought to know how many of those were successful.

"Indian army conducted surgical strikes along the LOC on 29 September 2016. No Indian soldier lost his life during surgical strikes", the officer of IHQ of Army's Director General of Military Operations (DGMO) said in the RTI reply.

Some Congress leaders including from former Prime Minister Manmohan Singh claimed that several surgical strikes were conducted by army during the previous UPA rule.

"Multiple surgical strikes took place during our tenure, too. For us, military operations were meant for strategic deterrence and giving a befitting reply to anti-India forces than to be used for vote garnering exercises," Mr Singh had said in an interview to a newspaper.

Congress leader Rajiv Shukla had told reporters at an All India Congress Committee briefing last week that six surgical strikes were conducted during the period of Manmohan Singh government.

The BJP had questioned the claims and said the Congress had a "habit of lying".

Union Minister V K Singh, a former army chief, on Saturday denied knowledge of a surgical strike during his tenure and accused the Congress of lying about it.

Taking to Twitter, he said, "Congress has a habit of lying. Will you please let me know which 'So-called Surgical Strike' are you attributing to my tenure as COAS (chief of army staff). Am sure you must have hired some Coupta to invent another story."