"Not A Video Game": PM Modi Jibe At Congress For 6 Surgical Strikes Claim

The Congress on Thursday came out with a list of six anti-terror surgical strikes carried out in the Manmohan Singh-led United Progressive Alliance (UPA) rule, and said it never tried to take political advantage of military operations. 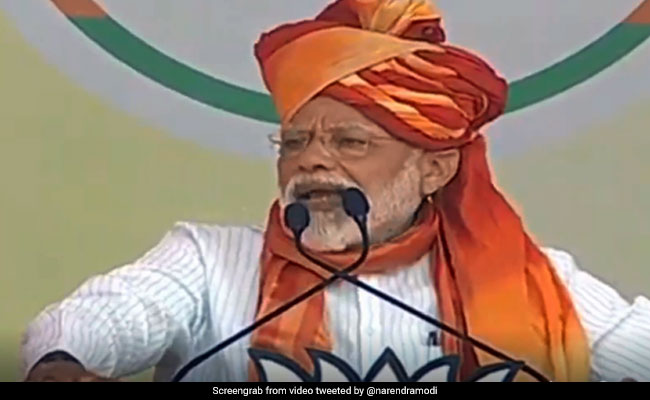 Prime Minister Narendra Modi on Friday mocked the Congress on its claim of surgical strikes carried out when the UPA was in power. The party that questioned the surgical strikes is now saying "me too, me too." PM Modi also said bitingly that "it is no video game."

"Pehle upeksha, fir virodh, ab me too me too (They initially rejected it, then opposed and now saying me too," he said.

The Congress on Thursday came out with a list of six anti-terror surgical strikes carried out in the Manmohan Singh-led United Progressive Alliance (UPA) rule, and said it never tried to take political advantage of military operations.

"What type of strikes were these about which the terrorists did not get to know, Pakistan didn't know and even Indians didn't know? First they mocked it. When they saw that the people are standing with Modi, then they started protesting. And now they say 'me too me too'."

He accused the Congress of carrying out surgical strikes only on paper.

"I think there are people in the Congress who play video games at any age and maybe they even consider surgical strike as a video game," PM Modi said.

"If they are to do surgical strikes on paper, or video game, then whether it is six or three, 20 or 25, what difference does it make to these liars?"

The Prime Minister went on to say that "by the time the elections are over, the Congress will say we did 600 surgical strikes."

PM Modi began his address by saying "main apka abhinandan karta hu (I greet you)." He then took a swipe at Congress leaders, saying they would go to the Election Commission complaining that PM Modi had taken the name of IAF pilot Abhinandan, who was captured by Pakistan in February and returned after three days.

At a rally in Bikaner, he said a strong government was essential for speedy development. "Decisions like a surgical strike and air strike happen when there is a strong government in the country. When the government is strong, India can firmly stand when sensitive issues like Doklam happen," PM Modi said.