When asked about the former Punjab Chief Minister's new political party, the Congress leader said, "People who are attached to the party will never go." 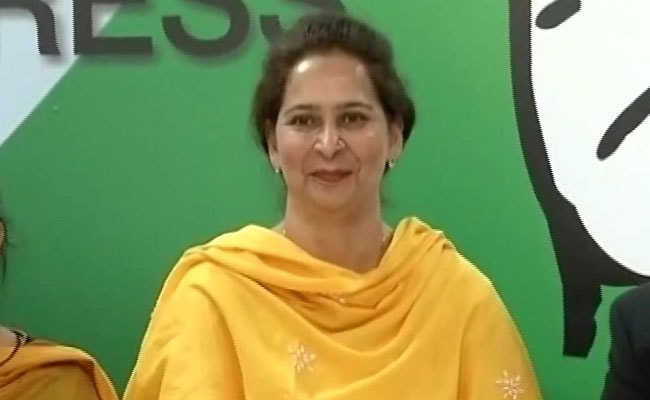 Amarinder Singh did not entrust any worker with some power, Navjot Kaur Sidhu said (File)

No Congress MLA will join Captain Amarinder Singh's new party except those who might have got favours from him, Congress leader Navjot Kaur Sidhu said on Tuesday.

"I don't think any Congress MLA will leave and join Amarinder Singh's party. If he gave favours to anyone then they might go," she said.

When asked about the former Punjab Chief Minister's new political party, the Congress leader said, "People who are attached to the party will never go."

She took a dig at the former chief minister, saying that despite getting all the freedom from the Congress, Mr Singh did not entrust any worker with some power.

"He was given all the freedom by the party but he didn't give power to any worker, never openly met any minister or MLA. Who will trust him?" she asked.

"It would've been best for him if he had joined Shiromani Akali Dal (SAD). It would've laid people's suspicion to rest and he would've been able to win a few seats," Navjot Kaur said.

Earlier this month, it was learnt that Amarinder Singh will launch a new political party to fight the forthcoming Assembly polls in the state and hopes for a tie-up with the BJP if the ongoing protest by farmer unions against three farm laws is resolved "in farmers' interest".

In a series of tweets by the ex-Chief Minister's media advisor Raveen Thukral, the former chief minister said he is looking at an alliance with like-minded parties such as breakaway Akali groups, "particularly Dhindsa and Brahmpura factions".