After the mob killing, the opposition had attacked the Nitish Kumar government over the deteriorating law and order in Bihar. 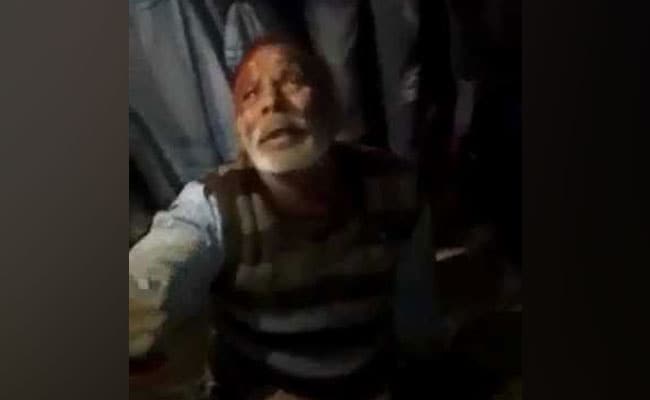 Kabul Miyan was kicked in the face, hit with sticks and repeatedly called chor

A 55-year-old man who was mercilessly beaten to death by a mob of 300 over suspicion of cattle theft in Bihar's Araria district had 16 cases pending against him, some in Nepal as well, the Bihar police said on Friday, even though no arrests have been made a week after the mob killing.

"The first case or FIR was filed against Kabul Miyan in 1981 and recently a Nepalese rifle was also recovered from his house," Kundan Krishnan, Additional Director General (Headquarters) said in Patna.

However, the police could not give a convincing answer to why Kabul Miyan had not been arrested if a rifle was found from his house or why he had not been convicted in even a single of the 16 cases filed against him.

"We're looking into these angles as how he was out and no conviction in previous cases had taken place," Mr Krishnan said.

After the mob killing, the opposition had attacked the Nitish Kumar government over the deteriorating law and order in Bihar. RJD leader and the most vocal critic of the Bihar chief minister, Tejashwi Yadav, accused Mr Kumar of turning Bihar into "Lynch-Vihar".

"Nitish government is working hand in glove with criminals," Mr Yadav had alleged.

In another tweet, he alleged that Nitish Kumar has turned his party, the JDU, into a shelter for murderers, rapists and criminals.

Kabul Miyan was kicked in the face, hit with sticks and repeatedly called chor (thief), show a couple of videos shot by attackers on their mobile phones. The attackers, led by a man called Muslim Miyan, can be heard laughing and encouraging each other to continue thrashing the man. They even removed the victim's pants as they rained blows on him.

The incident took place on December 29 in Simarbani village, about 300 km from Patna. While the faces of some of the attackers are visible in the videos, the police are yet to arrest any of them.