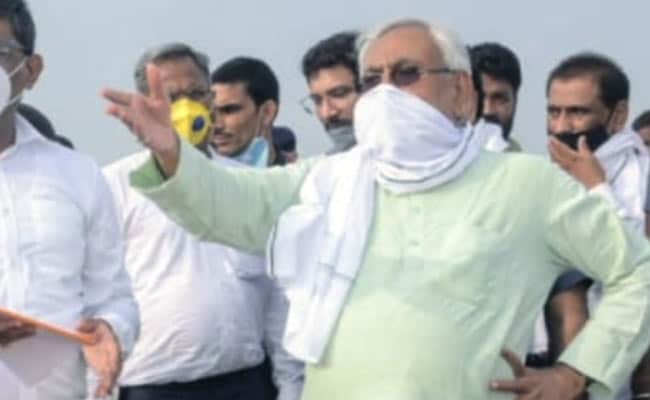 A close relative of Bihar Chief Minister Nitish Kumar, who had been staying at his official residence in Patna, has tested positive for COVID-19, highly placed sources said today.

The sources told news agency PTI that test reports of the relative - the niece of Chief Minister Nitish Kumar, came out on Monday after which she was taken to the isolation ward at a hospital in Patna for treatment.

The sprawling 1, Anney Marg premises were, meanwhile, being sanitised thoroughly, they added.

Notably, samples of the Chief Minister besides those who were in regular touch with him had been collected over the weekend after Acting Chairman of the state legislative council Awadhesh Narayan Singh tested positive for coronavirus.

Nitish Kumar had interacted with Mr Singh on July 1 at a ceremony where nine MLCs, elected recently, were administered the oath of office.

One of the newly-elected legislators, Ghulam Ghous of the JD(U) headed by Nitish Kumar, has also tested positive.

The Chief Minister's test reports had come out on Saturday night and he was said to be safe from the coronavirus infection.

BS Yediyurappa Breaks Down: "It Has Always Been Agni Pariksha For Me"