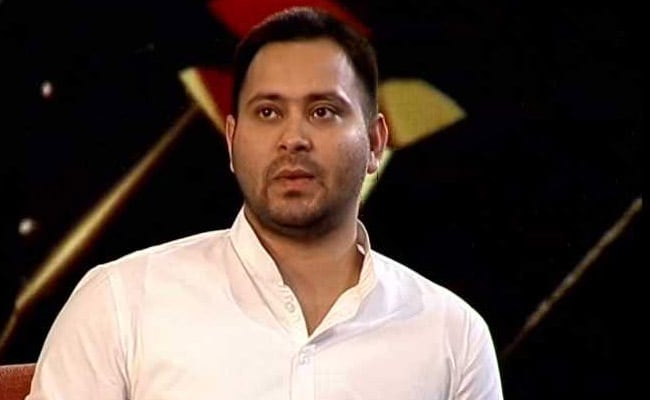 RJD leader Tejashwi Yadav has alleged that Bihar Chief Minister Nitish Kumar has allowed his party JDU's lawmakers to "blatantly" use AK-47 rifles for "good governance". In a sharp attack on Twitter, Mr Yadav said Mr Kumar is the "ringleader of a party of dreaded criminals"

In another tweet written in Hindi, he claimed a lawmaker from Mr Kumar's party was involved in illegal business of automatic rifles.

"Nitish Kumar is ringleader of a party of dreaded criminals. In the last two months, two of his MLC and MLA were found involved in murder of opposition leaders and another MLA is running business of AK-47. His leaders are accused of murder, rape, liquor, and smuggling in the dry state but Nitish Kumar protects them," Tejashwi Yadav said.

In September, a day after former Mayor of Muzaffarpur and his driver were shot dead by AK-47 rifles, Tejashwi Yadav had attacked the state government, saying the rifles had become a weapon of choice for criminals in Bihar.

Last month, Bihar Deputy Chief Minister Sushil Kumar Modi's appeal to criminals for giving up anti-social activities during the "Pitri Paksh" fair at Gaya prompted a sharp attack from Tejashwi Yadav. "No need to be surprised even if the infamous pair falls at the feet of criminals....after all, criminals have more AK 47 rifles than the Bihar police", Mr Yadav said on Twitter.

In the last ten days, the police have seized 12 AK-47 rifles during a search operation in Munger district. Earlier in September, half a dozen AK-47 rifles were seized in raids in different places.