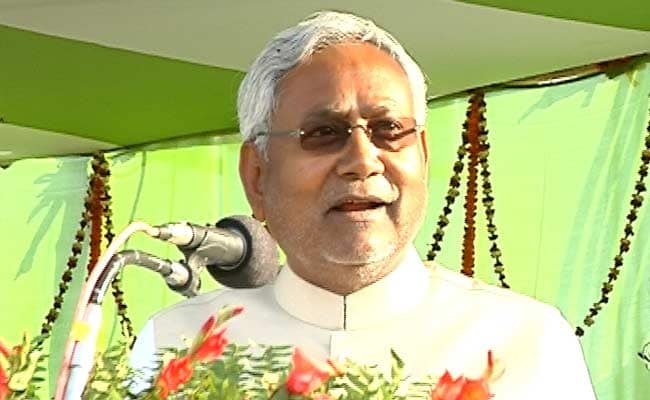 Nitsh Kumar talked to the PM over telephone and extended his invitation for the oath function at Gandhi Maidan at 2 pm on November 20.

Mr Kumar talked to the PM over telephone and extended his invitation for the oath function at Gandhi Maidan at 2 pm on November 20, sources in the Chief Minister's office said.

With the four-day Chhath festival ending this morning, Mr Kumar telephoned prominent leaders personally to invite them for the swearing-in ceremony of the new government.

Bihar JD(U) President Basistha Narayan Singh said inviting the Prime Minister was a political etiquette and it was now on him whether to come or not.

On being asked about the invitation, Bihar BJP Vice President Sanjay Mayukh told PTI that PM due to his "prior fixed programmes" might not be able to attend the ceremony.

The PM had congratulated Mr Kumar on the day of the poll results on November 8 over the grand secular alliance's massive victory in Bihar.

Rahul had played an important role in cementing bonds between three parties JD(U), RJD and Congress and also in naming Mr Kumar the Chief Minister face of the grand secular alliance. He had addressed eight rallies in favour of secular alliance candidates during the poll campaign.

Chief Ministers of other states like Mamata Banerjee, Arvind Kejriwal, Tarun Gogoi and Akhilesh Yadav are expected to attend the ceremony to display a picture of unity among parties opposed to BJP.

Samajwadi Party lawmaker from Mainpuri Tej Pratap Yadav, who is in Patna in connection with Chhath observed by his mother-in-law Rabri Devi, confirmed that Mr Yadav would attend the ceremony.

Mr Kumar and RJD chief Lalu Prasad wish to make the oath ceremony a big event by bringing together leaders of different parties which are opposed to BJP.