Under the 1960 Indus Water Treaty governing six common rivers, India has the complete right over the waters of three rivers - Ravi, Beas and Sutlej, while Pakistan has the right over water of Indus, Jhelum and Chenab. 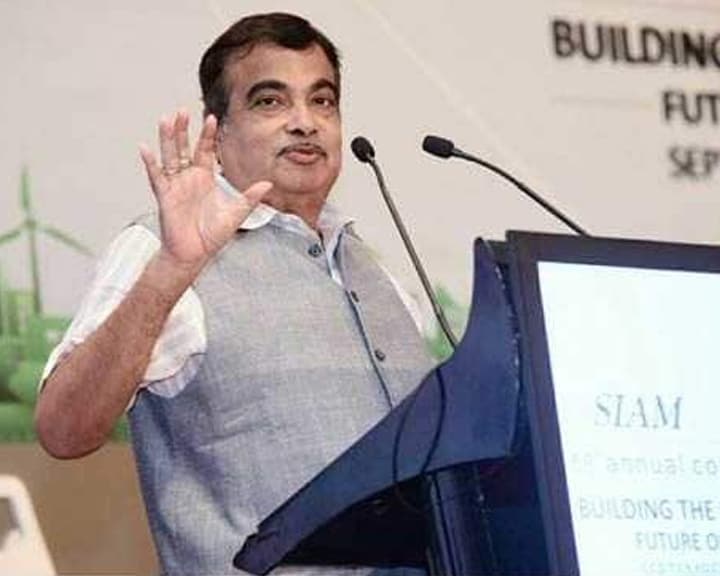 Nitin Gadkari said said Pakistan has already been isolated in the international community.

If Pakistan continues to support cross-border terrorism, India will have no option but to take the "hard" decision of stopping its share of water of three common rivers, Water Resources Minister Nitin Gadkari has said, in a warning to the neighbouring country.

He told IANS in an interview that India is starting a study and a Detailed Project Report (DPR) of all the three rivers over which it has complete right under the Indus Water Treaty and has taken up two projects on these.

Under the 1960 Indus Water Treaty governing six common rivers, India has the complete right over the waters of three rivers - Ravi, Beas and Sutlej, while Pakistan has the right over water of Indus, Jhelum and Chenab.

The Treaty was intended to "increase brotherhood, love and affection" between the two countries and India, "as a big brother, is giving water" to Pakistan, Mr Gadkari said.

"Now nothing is there. In place of love and affection, we are getting bombs and they are attacking innocent people of India. So this is the time, if they don't want to stop terrorism and supporting terrorist organizations, then we don't have any option but to stop water which is going to Pakistan," the senior Minister said.

"We are going to stop our share of water to Pakistan... This is the appropriate time (for ending support to terror), otherwise they will have to face the music," he asserted.

He said Pakistan has already been isolated in the international community and "I feel it is time for Pakistan to take a decision in the interest of Pakistan".

The Minister said he expected Pakistan to take an "appropriate" decision and "stop all the things", implying support to terrorism affecting India.

"The terrorism and terrorist organizations are creating problems for them (Pakistan) also. They have poverty, unemployment. It is time for India and Pakistan to fight poverty and unemployment. We are making so much of investment in defence," the senior BJP leader said.

Asked to comment on the controversy over Balakot air strike, Gadkari said: "My feeling is that in the interest of national security, we should not politicize the issue of national interest related to the defence."

When referred to the blame game over who politicized the issue, the senior BJP leader said: "It is the Opposition party (which is) creating doubts about the incident. My feeling is we should not discuss this."

On the issue of surgical strike, Mr Gadkari was asked why the government is not believing the Congress when it says that surgical strikes in Pakistan were carried out during its rule too.

"Actually these are not issues of discussion. These are issues of national security. We should not politicize it and we should not discuss it. Otherwise, suppose I say something, the opposition party says something more. It creates debate. It is one type of insult to defence forces," he responded.

On fielding of Malegaon blast accused Sadhvi Pragya as a BJP candidate from Bhopal Lok Sabha constituency, the former party President said she was innocent and that there was a "political conspiracy" against her.

"It (to name her as blast accused) was a conspiracy by the Congress party to defame the Hindu community. That is the reason that they wanted to create Hindu terrorism against Muslim terrorism. That was the conspiracy at that time," he added.