Nirmala Sitharaman was accused by opposition parties of being ''elitist'' and unsympathetic towards people facing a spike in onion prices in recent months. 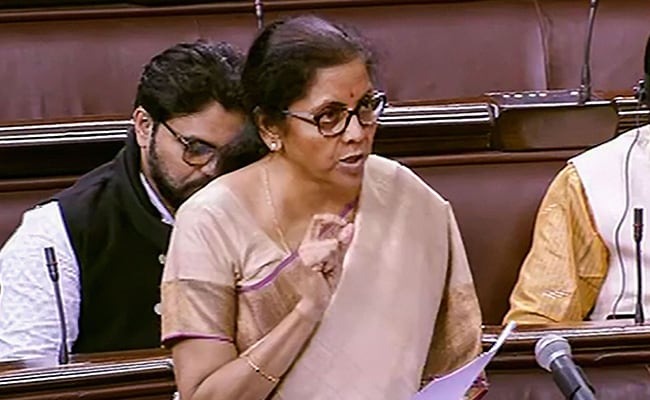 Nirmala Sitharaman had said she doesn't eat a lot of onions and garlic.

Finance Minister Nirmala Sitharaman, attacked by the opposition for her "don't-eat-onions" comment in parliament while making a statement on spiraling onion prices, rejected "elitist" barbs and hit back at former union minister P Chidambaram with one of his statements in the past.

During a debate in the Rajya Sabha on the Taxation Laws (Amendment) Bill, 2019 to replace an executive order on corporate tax rate cuts, Nirmala Sitharaman was accused by opposition parties of being ''elitist'' and unsympathetic towards people facing a spike in onion prices in recent months.

The Finance Minister said her comments had been taken out of context from her 20-minute articulation of steps taken by the government to tackle the surge in onion prices. Then she took on Mr Chidambaram, who had mocked her by questioning whether she ate "avocado instead of onions".

Without naming Mr Chidambaram, who was Finance Minister at the time, she said, "I would like to recall the statements of one of the former finance ministers that when price rise was the issue then, and this I am referring to 2012 when price was on the rise, food inflation was touching the sky and India was among the fragile five economies of the world. I am quoting sir -- 'when the urban middle class can buy a bottle of mineral water for Rs 15 and ice cream for Rs 20, why do they make such a noise about price rise'. And these are the people accusing me of being elitist and government of being elitist. I absolutely condemn this approach," she said.

On Wednesday, Ms Sitharaman had been interrupted in the Lok Sabha by an MP who questioned whether she ate onions from Egypt. The reference was to the government's decision to import onions.

"I don't eat a lot of onions and garlic, so don't worry. I come from a family that doesn't have much to do with onions," the Finance Minister had retorted.