10 Points From Nirmala Sitharaman's Reply On Rafale Debate In Parliament

Nirmala Sitharaman said the contract for Rafale fighter jets signed by the BJP-led government was "far better" than the one pitched by the previous administration. 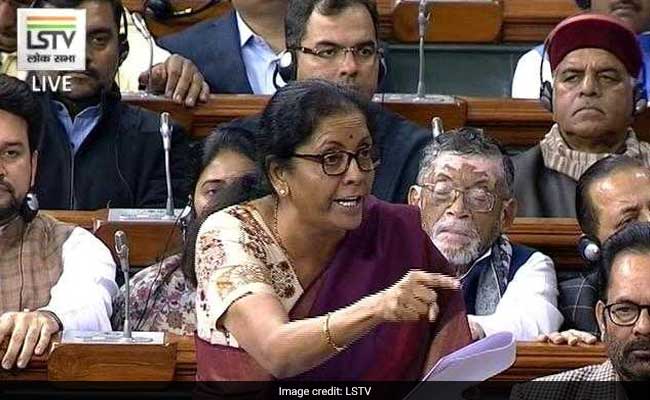 Nirmala Sitharaman said it was unfair to say the government misled the country on Rafale deal.

New Delhi: The firestorm over the Rafale fighter jet deal is far from over. In a heated debate in parliament on Friday, punctuated by questions and accusations from the opposition, Defence Minister Nirmala Sitharaman gave an extensive response that lasted for more than two hours. Attacking the Congress for questioning her and Prime Minister Narendra Modi's integrity, Ms Sitharaman defended the deal for the 36 Rafale fighter planes, signed after the Congress-led contract of 126 jets was scrapped.

Here are 10 highlights from Nirmala Sitharaman's speech in parliament today: