Congress had promised to make trade in agricultural produce, including exports and inter-state trade, free from all restrictions, Nirmala Sitharaman tweeted. 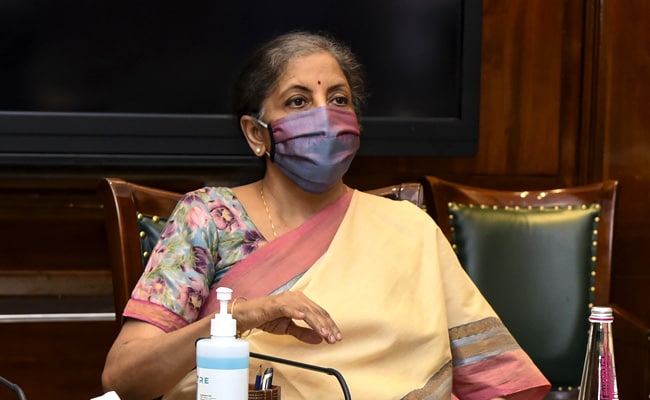 Union Finance Minister Nirmala Sitharaman today targeted Congress over party chief Sonia Gandhi's advice to party-ruled states to bypass the farm laws brought by Centre through legislative measures and said that the opposition party in its 2019 Lok Sabha manifesto had promised the Agricultural Produce Market Committees Act will be repealed.

Congress had promised to make trade in agricultural produce, including exports and inter-state trade, free from all restrictions, Ms Sitharaman said in tweets.

She asked if Congress had made false promise during the Lok Sabha 2019 elections or is "provoking people now" by asking states to bypass the central legislation.

"Did INC India give a false promise during the Lok Sabha 2019 elections or are they provoking people now by asking states to bypass the central legislation? Wonder who advises their President?" she asked.

Sonia Gandhi on Monday advised the Congress-ruled states to explore the possibilities to pass laws in their respective states under Article 254(2) of the Constitution, which allows state legislatures to pass a law, "to negate the anti-agriculture central laws encroaching upon state's jurisdiction under the constitution".

"This would enable the states to bypass the unacceptable anti-farmers' provisions in the three draconian agricultural laws, including the abolition of MSP and disruption of APMCs in Congress-ruled states. This would also alleviate the farmers from the grave injustice done by the Modi Government and BJP," a Congress statement had said.

Article 254(2) of the Constitution provides that where a law made by a state legislature with respect to one of the matters enumerated in the concurrent list "contains any provision repugnant to the provisions of an earlier law made by Parliament or an existing law with respect to that matter", then, the law so made by the legislature "shall, if it has been reserved for the consideration of the President and has received his assent, prevail in that state".

The parliament passed three farm bills - The Farmers Produce Trade and Commerce (Promotion and Facilitation) Act, 2020, The Farmers (Empowerment and Protection) Agreement on Price Assurance and Farm Service Act, 2020 and The Essential Commodities (Amendment) Act, 2020 - during the monsoon session of parliament.

Congress and several other opposition parties have opposed the provisions of the bills.

President Ram Nath Kovind has given his assent to the three farm bills.