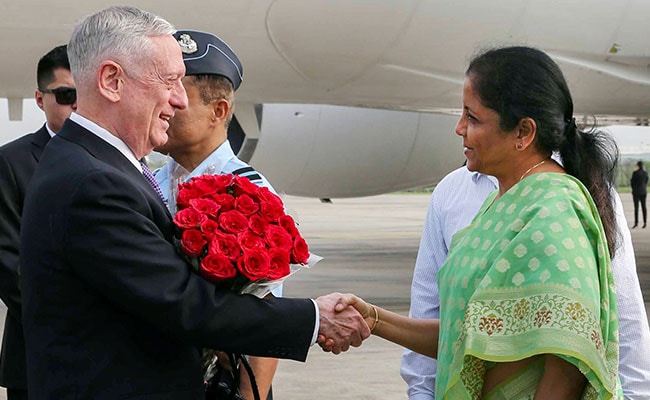 Union Defence Minister Nirmala Sitharaman, who began her five-day official visit to the US on Monday, said that India considers the country an important partner in defence.

In her remarks at the start of her bilateral talks with US Defence Secretary James Mattis at the Pentagon, Ms Sitharaman said mutual trust and confidence in defence partnership between the two countries were growing.

The defence minister added that she was encouraged by the importance attached to the India-US defence relationship in the new US National Security Strategy.

"A strong foundation has been laid for the India-US defence relationship over the years. India sees the US as an important partner in defence," Ms Sitharaman said, adding that the two countries have good military-to-military cooperation, defence consultations, scientific collaborations and co-production and co-development and industry collaboration.

The recent meetings between the two countries, Ms Sitharaman said, have underscored their mutual desire to move positively. The high-level exchanges are an indication of the depth and the quality of bilateral ties as well as their mutual desire to work closely on a range of regional and global issues, she added.

Ms Sitharaman appreciated the responsiveness of the Trump Administration to India's sensitivities.

At the same time, it is also indicative of the desire and the effort to have an even more robust relationship than before, she said.

"Especially over the past three to four years, we have made considerable progress. Our relations, based on common democratic values, enjoy strong political and popular support in both countries. There's a growing mutual trust and also the confidence in defence partnership, which augurs very well for the future," Ms Sitharaman said.