COVID-19 Impact: Every country in the world has been touched by this crisis, Finance Minister Nirmala Sitharaman said. "Therefore, for me to quickly now look at and say, look at the last year experience and say, this could have been better handled, I think will be a bit too early," she said. 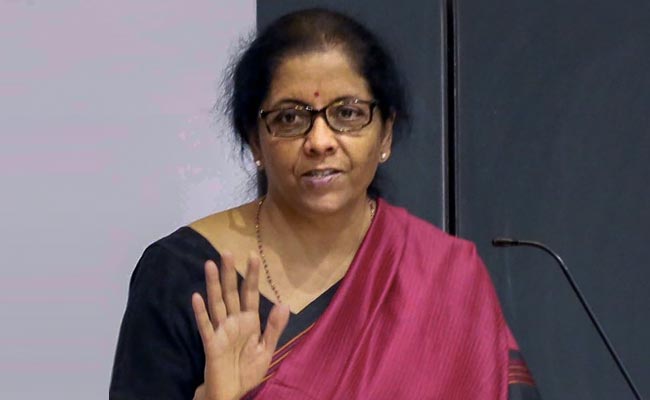 It is too early to conclude on the lessons that India learnt from Covid, Nirmala Sitharaman said.

It is too early to conclude on the lessons that India learnt from the COVID-19 crisis, Union Finance Minister Nirmala Sitharaman said as she stressed that the world is not going to be the same post-pandemic.

Ms Sitharaman said much before the second Covid wave struck, her government had extended a stimulus and was waiting for the economy to revive.

In every exercise, which was done during that phase and post the second wave, they did not have any "precedent to depend upon", she told a group of Indian reporters as she concluded her meetings at the International Monetary Fund and the World Bank.

"It is a bit too early for me to conclude on lessons (learnt from the COVID-19 crisis)," she said.

Ms Sitharaman said they were not even those kinds of exercises which India was doing alone.

Every country in the world has been touched by this crisis, she said. "Therefore, for me to quickly now look at and say, look at the last year experience and say, this could have been better handled, I think will be a bit too early," she said.

"As I said there's no precedent and as I said to assess it from this short a year and half period, may be limiting the scope," the Finance Minister said. Responding to a question, the minister said the post-pandemic world is not going to be the same.

"India's priorities are definitely on the basis of the fact that, I suppose most of us will agree on, that post the pandemic, it's not really going to be the same world, whether it's the manufacturing universe or whether labour," she said.

The issues are going to be fairly different from what they were earlier, she said.

Ms Sitharaman said a lot of reset is taking place currently, that too across the globe.

"It is not just in one sector, it is across the sectors. There is definitely a lot of thinking in global institutions. It is also looking at how there can be greater convergence among nations so that resources are better utilised," she said.

"And where there are issues of getting prepared for future pandemic or future any such emergency where countries will have to respond to help one another. There will be a better way of doing it than the way we did this time," Ms Sitharaman added.

"So, larger issues of global convergence, larger issues of multilateral institution being ready for meeting such challenges, larger issues of having a global envelope, which can be contributed by everybody so that there is a better response for any such pandemic, if in case we have to face it in the future, have all been part of all discussions in the multilateral fora, and in the bilateral and also among my company, and business leaders meets," she said.