With Nirav Modi boutiques in at least six cities, he was eyeing 30 more outlets in 12 countries by 2020 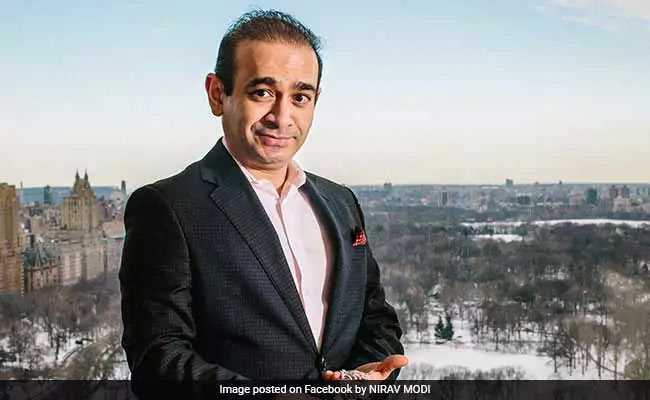 The opening of Nirav Modi's jewelry store on Madison Avenue in the fall of 2015 attracted A-listers from actress Naomi Watts to Donald Trump Jr. It also celebrated the expansion of an Indian business that is now near ruin amid an investigation for an alleged $2 billion fraud.

As investigators probe Modi's alleged use of fake guarantees from the Punjab National Bank to solicit loans, his past decade's business dealings are also coming under scrutiny by India's $60 billion jewelry industry, which now faces tighter access to credit and more stringent auditing.

Modi's company Firestar Diamond and another headed by his uncle Mehul Choksi, who is also under investigation for alleged fraud, received about a quarter of the loans made to the nation's gems and jewelry sector. Modi, 47, and Choksi, 58, deny any wrongdoing. Both are currently out of the country.

The fallout of the scandal threatens to stymie borrowing firepower for the nation's jewelers, who are involved in cutting or polishing 12 out of 14 diamonds sold in the world. If Firestar and Choksi's Gitanjali Group fail, sales will drop by 16 percent across India's jewelry industry, putting in jeopardy as many as 11,000 jobs, Care Ratings Ltd. said on Feb. 27.

With boutique stores also in London's Mayfair, Hong Kong, Macau, New Delhi and Mumbai, Modi achieved the global reach his relatives only dreamed of, bolstered by a necklace featuring a 12.29 carat "Golconda" diamond that was part of the largest jewelry sale in Asia by Christie's International in 2010.

Both Modi's father and grandfather were, like him, diamantaires -- a French term for specialist gem-cutters and members of an established diamond-dealing family. Modi grew up in Antwerp, the Flemish-speaking Belgian city where the majority of the world's mined diamonds are traded and where some 400 Indian families, mostly from the state of Gujarat, have settled since the 1960s.

A once aspiring musical conductor, Modi is reported to have attended the Wharton School of the University of Pennsylvania before dropping out and moving to India at 19 to train at his uncle's jewelry company. He worked almost every day to train in every aspect of jewelry production, from sourcing stones and raw materials to quality control, he told the South China Morning Post in 2016.

While Choksi wanted to create a luxury goods brand rivaling Cartier and Louis Vuitton, it was his nephew's gem-encrusted designs that adorned celebrities from actress Kate Winslet to Priyanka Chopra, a Miss World 2000 pageant winner and actress.

Though both harbored lofty ambitions, Choksi and Modi chartered different paths. Modi looked abroad, while his uncle focused more on the domestic market, where his business thrived on franchisee partnerships with newcomers to the industry, according to interviews with a dozen diamond traders in India and Belgium.

The traders, who declined to be identified because of the sensitivity of the matter, characterized Modi as an ambitious playboy with a penchant for paintings who was keen to impress with ostentatious displays of wealth.

The Enforcement Directorate, an investigation agency under the Finance Ministry, has seized a trove of assets as part of its investigation into Modi and Choksi, according to posts last month on the agency's official Twitter account. Seized items include a Rolls-Royce Ghost, a Porsche Panamera, two Mercedes-Benz vehicles, dozens of imported watches, a farm, and residential and office properties in Mumbai and Pune.

Allegations by the Central Bureau of Investigation are without merit and won't stand up to the court's scrutiny, Modi's lawyer Vijay Aggarwal said, adding that he will apply to the court for the release of the seized assets.

Modi is overseas for business reasons and, as per his communications with the bureau, has expressed concerns over his security and safety if he returns, Aggarwal said in an interview Tuesday.

"Seeing the environment here today -- political, personal, social factors and security factors -- I am myself not in a position to advise my client to return," Aggarwal said. It's incorrect to refer to his client as a fugitive as he has been responding to all queries from the federal investigating agency, the Enforcement Directorate, and the Punjab National Bank, and has been conducting his business overseas, he said.

Modi established his company in 1999 and took it abroad five years later. With Nirav Modi boutiques in at least six cities, he was eyeing 30 more outlets in 12 countries by 2020, he told the South China Morning Post, appealing to a clientele that was typically female, young, monied and sophisticated.

Modi's plans were ambitious and set a frenetic pace of expansion, the Business Standard newspaper said in a Feb. 23 report, citing Vipul Ambani, president of finance at Modi's Firestar International Group, who was arrested by India's Central Bureau of Investigation last month in connection with the fraud case. Investigators have detained Ambani until March 19 citing an "active role in cheating Punjab National Bank in conspiracy with Nirav Modi," the Economic Times reported on March 6.

Amit Desai, a lawyer for Ambani, said he has a policy of not commenting on ongoing cases and wouldn't say whether or not Ambani is admitting any wrongdoing.

Vipul Ambani is a cousin of Mukesh Ambani, India's richest person. Mukesh Ambani's niece is married to Modi's brother Nishal. Nishal, whose name has also been spelled Neeshal in a government document, was named by Punjab National Bank as a suspect in the alleged fraud. A lawyer for Nishal couldn't be immediately reached for comment.

The bank "wrongly named" Nishal, Modi's wife, and his uncle Choksi in the complaint, the jeweler is reported to have told Punjab National Bank in a letter last month. Text from the document was published on line Feb. 20 by the Economic Times, which didn't say how it obtained a copy of the letter.

Modi was in a constant rush, and it gave Vipul Ambani "palpitations" thinking of how the jeweler wanted to open 100 stores, "when just opening five or 10 was an uphill journey," Vipul Ambani was quoted in the Business Standard report as saying.

Turnover at Firestar International totaled 52 billion rupees ($800 million) in the year ended March 2017, more than double the 21.8 billion rupees reported in 2010-11, according to data from the Ministry of Corporate Affairs. Choksi's Gitanjali Gems Ltd., founded in 1966 by his grandfather in the western city of Surat, also experienced a meteoric rise.

From a market capitalization of 9.9 billion rupees on its Mumbai stock exchange debut in 2006, Gitanjali had a value of 58 billion rupees, 70 brands, and more than 4,000 retail outlets worldwide at its peak seven years later. Now, it's worth just 1.6 billion rupees following an eight-week share-price slide.

The need to drum up favorable media coverage may have been evident as early as last year, when Modi, who was ranked 85 on Forbes' 2017 Indian Billionaires List, made the rounds of major news organizations in India.

Seeking to bolster his corporate profile and promote Firestar as more than a lifestyle company, Modi's uncharacteristic engagement with journalists prompted speculation of a possible public-listing, which he brushed off in an interview with Bloomberg News in October, saying the company would continue to grow using its own means.

Around the same time, Modi's wife withdrew their three children from a Mumbai school and moved them to New York, citing her father's poor health, the Mumbai Mirror reported, citing identified friends of the couple.

Having left the country, Modi and Choksi have raised the ire of an Indian government determined to prevent alleged fugitive economic offenders from selling their assets while legal proceedings are underway.

The sale of Firestar Group or its assets to recover money that may be owed was proposed by Modi, according to the jeweler's letter published by the Economic Times.

Promoted
Listen to the latest songs, only on JioSaavn.com
The business had been valued at 65 billion rupees, which could have either reduced or discharged any bank debt, the letter said, however, "erroneous" media reports of more than 110 billion rupees of liability led to the immediate seizure of operations that resulted in the Firestar businesses "ceasing to be going concerns."

This month, the government introduced a bill to impound assets of those who have left the country as it tries to shore up finances of state-run banks already struggling with soured loans. Finance Minister Arun Jaitley told reporters on March 1 that the law will be effective retrospectively, so that may offer Modi another shot at fame: As a test case for the proposed Fugitive Economic Offenders Act.