Nirav Modi Not Invited To Davos Yet Was Seen With PM: Shatrughan Sinha

In a series of sarcastic tweets, the Patna Sahib MP scoffed at the government's claim that Nirav Modi was not a part of the prime minister's delegation to the World Economic Forum meeting in Davos, Switzerland, last month. 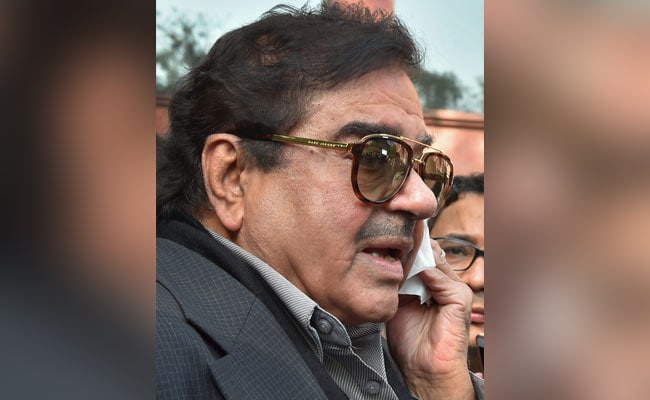 Shatrughan Sinha has been attacking the BJP for quite some time now. (File)

In a series of sarcastic tweets, the Patna Sahib MP scoffed at the government's claim that Nirav Modi was not a part of the prime minister's delegation to the World Economic Forum meeting in Davos, Switzerland, last month.

"Dear sir, in many official functions, including my own Patna University centenary celebration, I, the sitting MP of Patna, was not allowed (along with luminous alumni Yashwant Sinha and others) to be on the dais with the PM, since we were not on the list approved by PMO," Mr Sinha said.

He was referring to the function held here in October last year which was attended by the prime minister.

"According to our ministry, Nirav Modi was not invited to Davos. But he was very much with you on the dais. I just want to be enlightened. Was the ever so vigilant PMO sleeping this time. Or did it dive deep like always into the kundli of Nirav and still allowed him to be with you and your august group. Do enlighten the nation please," Mr Sinha tweeted.

The BJP leader has been attacking the party and its government for quite some time now.

His outpourinigs on the social media, in the aftermath of the Punjab National Bank scam, have been particularly caustic.

Promoted
Listen to the latest songs, only on JioSaavn.com
"India must be the only country where the responsible people at the top do not come out with proper explanations that the nation needs and deserves. Almost as if the citizens do not matter. Even Donald Trump faces hard interviews. But here interviews are only (given) to sarkari darbaaris (government sycophants)".

"A nationalized bank scam of unparalleled magnitude....and a conspicuous lack of response from the top people of government.....neither the chowkidaar-e-watan (a reference to prime minister Modi) nor even the ministry of finance has provided any response or explanation," Mr Sinha had said in an earlier tweet.