Nine coaches, engine of train derail in Assam; over 50 injured 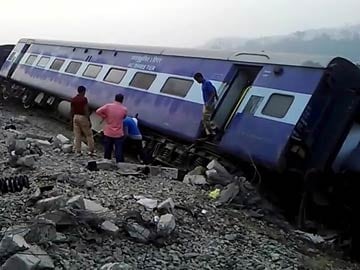 Guwahati: Nine coaches and the engine of the 15666 BG Express derailed at Ajuri station near Morigaon in central Assam early today and over 50 passengers were injured, police said.

The coaches of the Dimapur-Kamakhya train jumped the tracks but toppled down near Jagiroad in Morigaon district at 0205 am, they said.

Rest of the passengers were reported to have received minor injuries and were released after receiving first aid in Morigaon Civil Hospital, Northeast Frontier Railway sources said.

Senior railway officials have rushed to the site and rescue operations are on.