Videos of the victim have been circulating on social media where he is seen lying on a hospital bed with a bruised leg, narrating his ordeal. 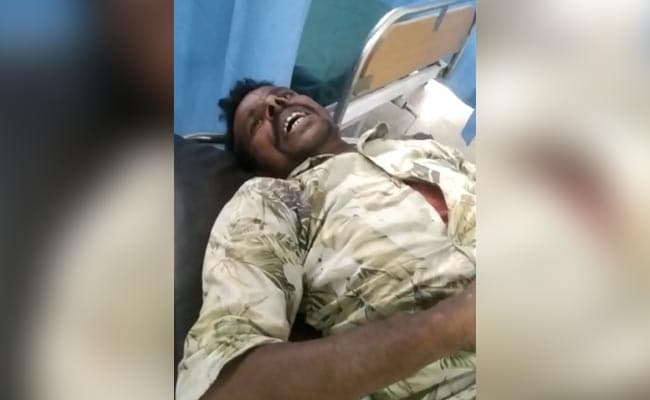 A poultry farm worker was attacked at the Singhu border on Friday.

Days after a group of Nihang Sikhs brutally killed a daily wage labourer at the farmers' protest site near the Delhi-Haryana border for allegedly desecrating the Sikh holy book, another man has been attacked at the Singhu protest site. A man from the Nihang community has been arrested.

Two videos of Manoj Paswan, the alleged victim, have been circulating on social media where he is seen lying on a hospital bed and narrating his ordeal. Mr Paswan says he was transporting chicken from a poultry farm when a man stopped him at the Singhu border protest site and demanded he gave him a chicken for free. He claims that he was beaten up with a weapon that looked like an axe for refusing to comply.

"I told him I couldn't give him a chicken because I was answerable to the shopkeepers and farm owners. I'm a labourer and could lose my job if even one chicken goes missing," he says in one of the videos.

Mr Paswan claims he told the man that he could go to the poultry farm nearby and buy it directly from there. "I even showed him the invoice slip as proof but just as I took it out he noticed that I also had beedi, a type of thin hand-rolled cigarette, in my pocket which infuriated him and he attacked me," he says.

The video shows Mr Paswan's bruised leg. Another man who he claims intervened to help him and was also attacked can be seen in the video.

This is the second incident of violence by members of the Nihang sect at the Singhu border farmers' protest site. A Dalit daily wage labourer Lakhbir Singh was brutally killed at the site last week and his body was strung to a police barricade with a hand chopped off and multiple wounds caused by sharp-edged weapons.