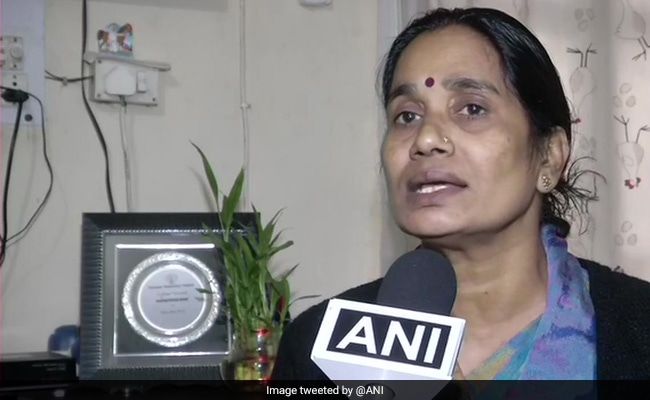 "Convicts' lawyer now does not have anything," Asha Devi said.

Asha Devi, the mother of the 2012 Delhi gang-rape victim, on Friday blamed the convicts' lawyer AP Singh for trying to delay the justice by misguiding the court.

"Convicts' lawyer now does not have anything.. he is misguiding the court to delay the justice. Not Vinay Singh, it is him who needs rest. Vinay is absolutely fine... he is mentally stable," she said while speaking to news agency ANI in New Delhi.

During the hearing, convicts' lawyer AP Singh told the court that Vinay is on a hunger strike and his mental status is also not well. Mr Singh also sought the court's direction to jail authorities for his health check-up and proper medical report.

Earlier, Delhi High Court on February 5 granted a week's time to the four convicts to avail of all legal remedies available to them and said that the convicts cannot be hanged separately since they were convicted for the same crime.

The case pertains to the brutal gang-rape and killing of a 23-year-old paramedical student in a moving bus on the night of December 16, 2012, by six people including a juvenile in Delhi. The woman had died at a Singapore hospital a few days later.

"Will Start Preparing To Contest For 2024 Elections": BJP's Pankaja Munde