The accused was arrested in a joint operation with the Jammu and Kashmir Police, NIA. 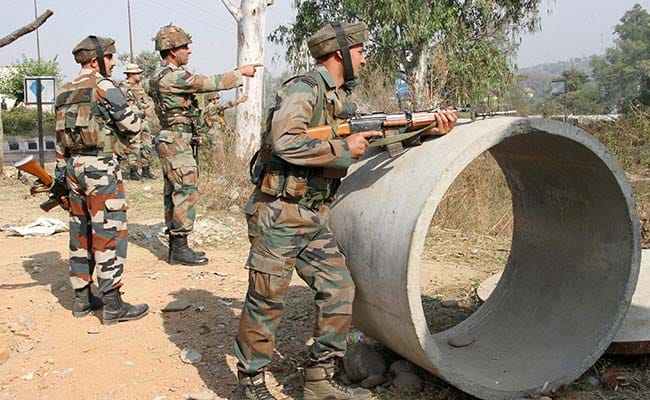 The National Investigation Agency (NIA) on Saturday said it has made a second arrest in connection with the terror attack that killed seven soldiers at Jammu and Kashmir's Nagrota Army camp in November 2016.

Identifying the arrested accused as Tariq Ahmad Dar (34) -- a Pulwama-based timber dealer and a resident of Chillipura in Shopian district, the agency said he was arrested for his role in assisting terrorists, who carried out the attack.

Dar assisted Pakistani terrorists who carried out the attack, the NIA said.

The accused was arrested in a joint operation with the Jammu and Kashmir Police, said the agency.

Dar's arrest comes almost a week after the NIA arrested a Jaish-e-Mohammad (JeM) operative Syed Muneer-Ul-Hasan-Qadri for his role in a 2016 terror attack that killed seven soldiers at Jammu and Kashmir's Nagrota Army camp.

"Tariq disclosed during interrogation that the terror attack was carried out by the Jaish-e-Mohammad, a banned terror group based in Pakistan," an NIA spokesperson said.

"His revelations corroborate disclosures made by the previously arrested accused Muneer-Ul-Hassan-Qadri of Kupwara, who had revealed that he along with other Valley-based operatives were in touch with the JeM leadership in Pakistan and had received a freshly infiltrated group of three Pakistani terrorists a day before the attack," said the official.

Promoted
Listen to the latest songs, only on JioSaavn.com
He said: "They subsequently stayed at a hotel in Jammu and then left the attackers at Nagrota outside the Army camp late at night and proceeded to the Kashmir valley."

"After arrest, Tariq is being brought from Srinagar to Jammu to be produced before the NIA special judge for seeking police custody," the NIA official added.