The Jan Ashirwad Yatra, which is slated to be held between August 16 to 20, is aimed at seeking blessings of the people by 43 new ministers. 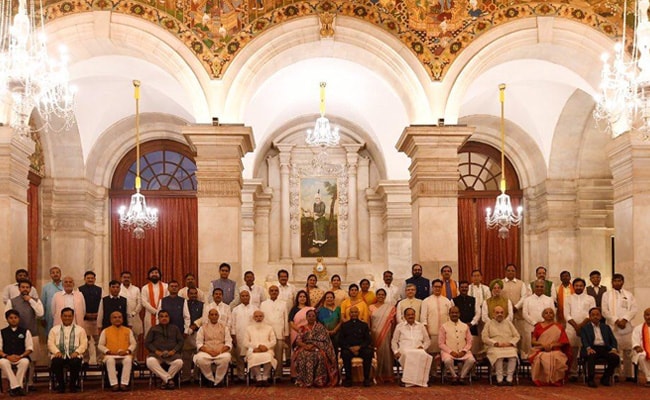 The remaining Union Cabinet Ministers would go for the Jan Ashirwad Yatra on August 19. (File)

Chairing the last Bharatiya Janata Party (BJP) parliamentary party meeting of the current Monsoon Session, Prime Minister Narendra Modi on Tuesday said the newly-inducted cabinet ministers would go for the 'Jan Ashirwad Yatra' from August 16 and the remaining Union Cabinet Ministers would do it on August 19.

The BJP parliamentary party meeting was held on Tuesday morning.

The yatra, which is slated to be held between August 16 to 20, is aimed at seeking blessings of the people by 43 new ministers. Also, four of the new ministers are from poll-bound Uttar Pradesh.

The yatra will seek to inform people about the achievements of BJP-led central government in internal, external, economic, social, health spheres and programmes aimed at boosting employment through its focus on self-reliance. This would also be done through banners, hoardings and advertisements.

The party has asked the organizers to take care of all COVID-19 related norms including social distancing.

The yatras will cover a distance of 300-400 km in three days and pass through three-four Lok Sabha constituencies and four-five districts.

The starting point of the yatras will be close to airports or railway stations for smooth and timely commencement. However, the new ministers from Uttar Pradesh are likely to start the yatra in cars from Delhi.

The BJP parliamentary party meeting was held ahead of a series of meetings that PM Modi is supposed to hold with his Council of Ministers this week, in which he is likely to discuss the central government's future course of action.

Sources in the government said a detailed briefing followed by a plan of action is expected to be charted out in the three-day meeting beginning August 10.

This would be the first time since the Union Cabinet reshuffle and expansion that PM Modi is holding a long meeting of the Council of Ministers.

The senior ministers in the government confirmed that they have been asked to come prepared with details of the work done by their ministries.

The meeting is scheduled to take place at Parliament Annexe. According to the sources, the government is expected to hold deliberations on its future course of actions and the schemes that need to be implemented to ease the lives of people.

The business of both the Houses of the Parliament remained majorly disrupted so far due to the continuous ruckus created by the Opposition over the issues including farmers' protest, Pegasus spyware, COVID-19 and inflation.

The Monsoon Session commenced on July 19 and is scheduled to continue till August 13.