"Is Central Vista work more important than the lives of crores of residents of Delhi and NCR?" a petitioner had asked. 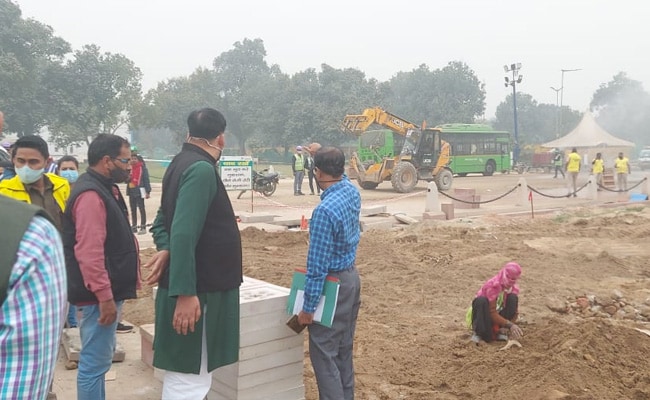 The Supreme Court had reimposed ban on construction activities in Delhi last week.

The new Parliament building and Central Vista are projects of national importance, the Centre told the Supreme Court today, explaining why the construction there is continuing despite concern about pollution. All measures are being taken to minimise pollution, the Centre said in response to a petition alleging that construction work for the Central Vista Redevelopment Project was a major cause of air pollution.

"The project complies with Construction and Demolition Waste Management Rules and each and every condition which is put to ensure that it does not cause any pollution," the Centre told the court.

The Supreme Court had earlier sought the Centre's response in the matter after a petition was filed before it.

Lawyer Vikas Singh, appearing for Petitioner Aditya Dubey, had informed the Court that while construction work at small projects has been stopped for the sake of right to life, which includes the right to clean air and environment of the residents of Delhi and the National Capital Region, "the construction of the massive Central Vista is being carried on at full swing right under the nose of the Supreme Court."

"Is Central Vista work more important than the lives of crores of residents of Delhi and NCR?" the petitioner asked.

The Centre has said that the government has taken all measures such as the use of anti-smog guns, mist spray system, use of dust suppressant like magnesium chloride, use of conveyor belt to transfer construction material, keeping all construction material in wet condition etc.

A three-judge special bench led by the Chief Justice of India will hear the matter tomorrow.

The Supreme Court had reimposed the ban on construction activities in Delhi on November 24 after taking note of air quality. Non-polluting activities relating to construction like plumbing work, interior decoration, electrical work, and carpentry were allowed to be continued.