The new fighter-jet will be designed to operate from the deck of India's two aircraft carriers INS Vikramaditya and the soon to be inducted INS Vikrant. 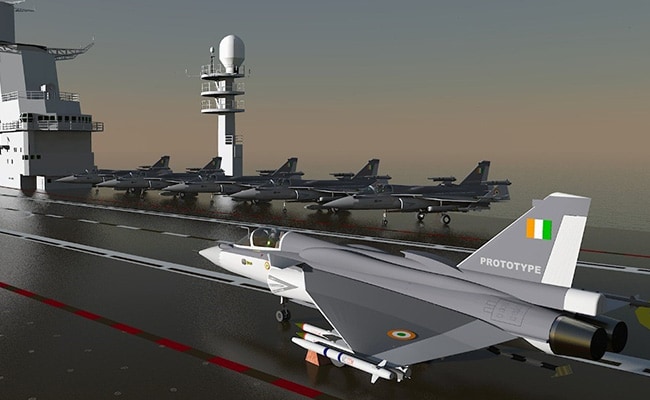 The twin-engine deck-based fighter is meant to operate on India's aircraft carriers.

Buoyed by the success of trial landings of the Tejas-N fighter on board the Navy aircraft carrier, INS Vikramaditya, the Aeronautical Development Agency (ADA) has given the go ahead for the development of a twin engine made-in-India fighter jet. The development phase is expected to cost between Rs 7,000 and Rs 8,000 crore.

NDTV has learnt that the development of this aircraft was discussed on May 22 at ADA's Annual General Body meet, its highest governing body.  The meeting was chaired by Defence Minister Rajnath Singh and was attended by the Navy and Air Force Chiefs. Subsequent to this meeting, the Operational Requirements (ORs) for the new fighter were issued by the Integrated Headquarters, Ministry of Defence (Navy).

Development of the new fighter jet comes at a time when the government announced a series of structural reforms in the Defence sector under the "Atmanirbhar" or self-reliance goal which is meant to result in India dramatically cutting down on its defence imports. 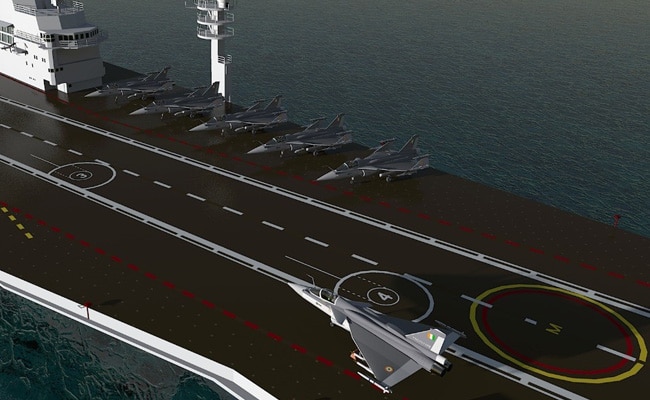 Based on the Tejas fighter, the new Navy fighter is meant to supplement MiG-29s.

The prototype of the new fighter-jet, designed to operate from the deck of India's two aircraft carriers, INS Vikramaditya and the soon to be inducted INS Vikrant, is meant to fly within six years with induction of the fighter within a decade.

The fighter, plans for which were first reported on NDTV in January, is a twin-engine evolution of Tejas-N prototype which has been indigenously developed and extensively test-flown.

The Tejas-N programme culminated with a series of "arrested landings" and take-offs from INS Vikramaditya off the Goa coast where two prototypes of the jet were able to successfully land on the carrier in January by using its arrestor hook to snare steel wires spread across the deck of the ship. This allowed the fighters to decelerate from approximately 244 kmph (the landing speed) to a standstill in approximately two seconds in a distance under 90 metres, within the length of the deck of INS Vikramaditya. 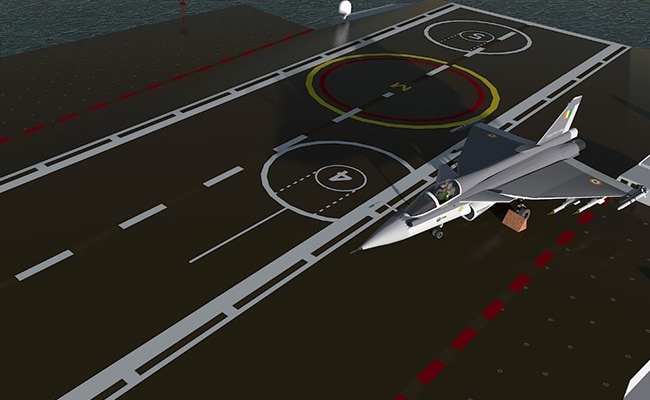 The Aeronautical Development Agency has given the go-ahead for the development of the fighter jet.

Those involved in the design and development of the new Indian fighter, an advanced variant of the single-engine Tejas-N, say that they have benchmarked the performance characteristics of the jet to Boeing's F/A-18 E/F "Super Hornet", in service with the US Navy and the Marine Rafale, deployed on the French Navy aircraft carrier Charles de Gaulle. They say the new jet may imbibe technologies being developed for the IAF's Advanced Medium Combat Aircraft (AMCA) but will not be a stealth fighter in the same class. 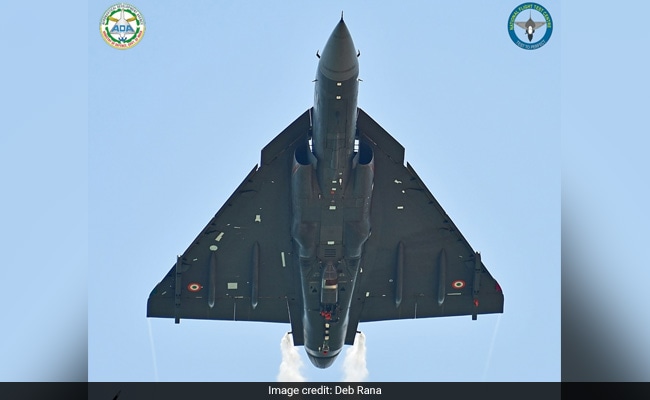 At least three variations of the design of the new fighter are being studied presently and Computational Fluid Dynamics (CFD) tests and wind tunnel modelling will ensure the optimum shape of the fighter to match its projected operational capabilities. It's still unclear whether the new fighter will be a tail-less delta platform, similar to the IAF's LCA Tejas fighter or, for that matter, feature canards, a small forewing placed ahead of the main wing of the aircraft to aid manoeuvrability.

The new fighter, once inducted, is meant to supplement and ultimately replace the Indian Navy's fleet of MiG-29K fighters presently in service on board the INS Vikramaditya. A high-performance jet, the MiG-29K has been plagued with serviceability issues in Indian Navy service. The new indigenous fighter is designed to be more reliable. Those close to the project have told NDTV that they expect the new fighter to be able to be armed with at least six air to air missiles with an operational endurance of approximately two hours.

The project to develop a twin engine deck-based fighter (TEDBF) reflects a maturity and confidence in the development of the Tejas fighter jet upon which the new fighter will be based. On May 27, the Indian Air Force operationalised its second Tejas fighter jet squadron after first inducting the jet in 2016. Multiple variants of the Tejas based on additional capabilities are being progressively inducted. The most advanced variant of the fighter for the IAF, the Tejas Mk-2 is expected to be inducted by 2025. The new fighter being developed for the Navy is being classified as an altogether different fighter and is expected to be superior to the IAF's Tejas Mk-2 in several respects, once developed.