Detailed concept drawings of the fighter, dubbed the Twin Engine Deck Based Fighter (TEDBF), accessed by NDTV, are being studied by the Aeronautical Design Agency (ADA) and HAL which would eventually build the fighters if their development is funded by the government. 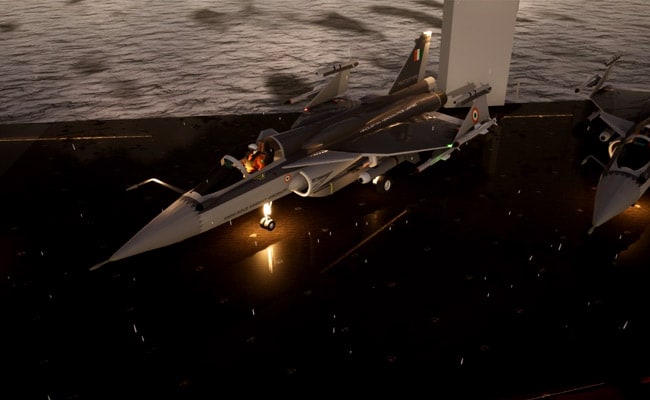 In twelve years from now, a twin engine variant of India's Tejas fighter could start replacing Russian built MiG-29K jets deployed on board the Indian Navy's aircraft carriers INS Vikramaditya and Vikrant which is yet to be inducted.

Detailed concept drawings of the fighter, dubbed the Twin Engine Deck Based Fighter (TEDBF), accessed by NDTV, are being studied by the Aeronautical Design Agency (ADA) and Hindustan Aeronautics Limited (HAL) which would eventually build the fighters if their development is funded by the government. What's more, the design of an Air Force variant of the jet, the Omni Role Combat Aircraft (ORCA), with significant design differences, is also being studied. This variant would weigh a ton less than the Naval variant since it would not need heavy reinforced landing gear required for operations from the deck of an aircraft carrier.

Sources close to the project have told NDTV that the total design and development costs for prototypes of the aircraft ''would cost less than the Rs.12,780 crore India Specific Enhancement package'' signed between India and France towards customising 36 Rafale fighters being inducted into the Indian Air Force.

''The total design and development costs for twin engine variants of the Tejas fighter would cost less than Rs.13,000 crores with each fighter for the Navy costing in the range of Rs. 538 crores.'' The Indian Air Force variant of the fighter would cost between Rs 35 crore and Rs.71 crores less than the Navy variant. The development time-scale for the project has been pegged at six years from the time initial funding has been provided. 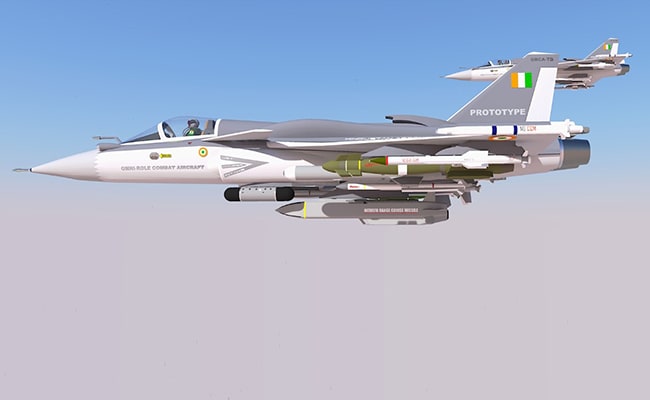 Prototype of Twin Engine Tejas variant could be completed in six years of project funding.

Project designers say they could ''very comfortably develop'' the new twin engine Tejas variant based on the experience they have gained in testing the Naval prototype of the Tejas fighter. This prototype is expected to land on the deck of India's aircraft carrier, INS Vikramaditya, for the first time within the next few weeks. The prototype is powered by a single US-built General Electric F404-GE-IN20 turbofan engine which is not seen to be powerful enough to justify serial manufacture of a Naval Tejas in its present avatar other than in very limited numbers. The significantly larger twin engine Tejas now being proposed would be fitted with two more powerful General Electric F414 engines and would have a significantly higher weapons payload and range. The additional thrust provided by two engines would also guarantee a larger safety margin for pilots while taking off and landing in hot and humid tropical weather conditions out at sea in the Arabian Sea and Bay of Bengal. 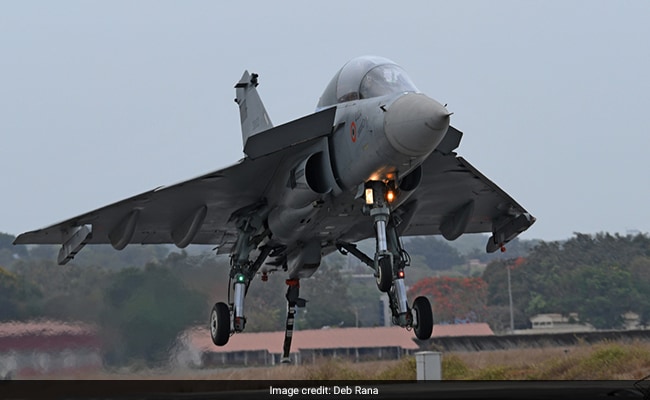 Weighing 23 tonnes, the Navy Twin Engine Deck Based fighter would be significantly larger than the 13.5 ton Tejas Mk-1 fighter which has entered squadron service with the Indian Air Force and the 17.5 ton Tejas Mk-2 which is meant to be inducted into the Indian Air Force from 2030. The fighter would be in the size of the MiG-29K currently being operated by the Indian Navy on its aircraft carrier, the INS Vikramaditya and would have the ability of carrying a weapons payload of nine tonnes. It would feature folding wings to save space on the deck of aircraft carriers. The jet would likely have a top speed in the range of Mach 1.6 or just under 2,000 kilometres per hour. 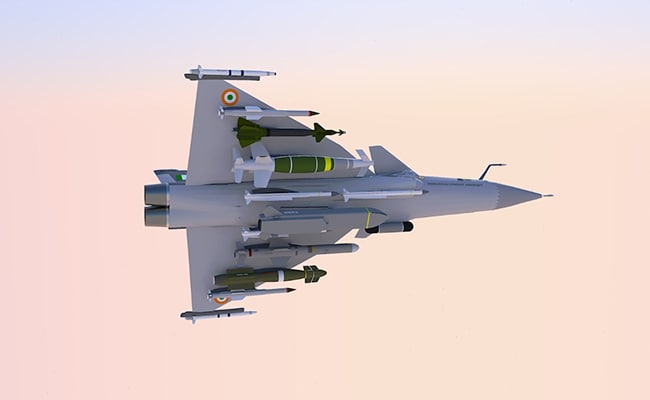 The twin engine Tejas variant would have a top speed of Mach 1.6 and carry a nine tonne weapons payload.

Both the Navy Twin Engine Deck Based fighter and the Air Force Omni Role Fighter would host several indigenous sensors and avionics which are now at an advanced stage of development. This includes an Active Electronically Scanned Radar (AESA) which can simultaneously track targets in the air and out at sea or over land with great precision. All the fighters would be built with made in India data links and communication systems which would enable the jets in a formation to securely exchange critical sensor information during a mission. A host of made-in-India weapons including long range variant of the Astra air to air missile which has recently completed tests would arm the jets. 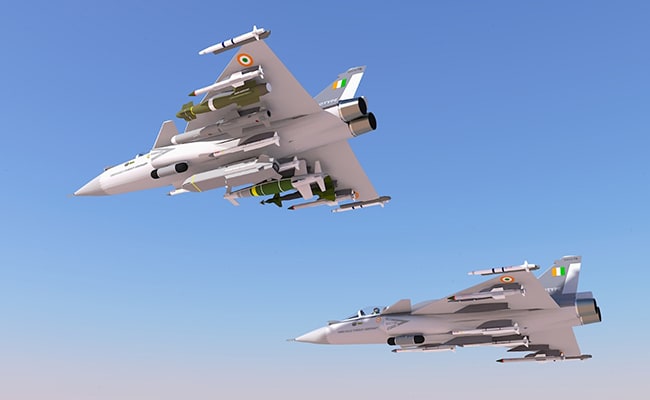 The futuristic Tejas variants would be armed with weapons including the indigenous Astra air-to-air missile.

Project designers point out that none of the future variants of the Tejas now being studied are a part of the Navy or Air Force's present procurement plans. ''More than 750 aircraft will need replacement between 2030 and 2050.'' By 2040, several older aircraft in service with the Indian Air Force, including the Sukhoi 30MKI, presently the cutting edge, would need to retire. Development of a larger, twin engine variant of the Tejas, designers feel, is an incremental step forward as they simultaneously proceed with the design and development of a made-in-India stealth fighter called the Advanced Medium Combat Aircraft (AMCA), both larger, more capable and more expensive than variants of the Tejas. The AMCA is expected to start entering squadron service with the IAF from 2040 if funding is secured.

''A twin engine variant of the Tejas would be in the class of the Rafale, extremely nimble with excellent sensor fusion,'' say designers working on the plans for the futuristic fighter. ''The jet would be extremely nimble with excellent sensor fusion. The fact that this would be entirely designed and developed in India would be a huge boost for our ambitions in being an aerospace power.''