Indian Independence Day: PM Modi offered India's continued support to Nepal in its fight against the pandemic and recalled the civilizational and cultural links that the two countries share, it said. 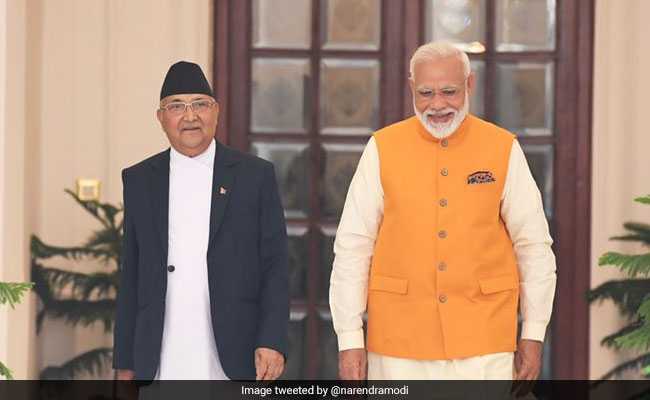 Prime Minister Narendra Modi and his Nepalese counterpart KP Sharma Oli held a telephonic conversation on Saturday, in the first high-level contact after ties between the two countries came under severe strain following issuance of a new political map by the Himalayan nation in May.

Mr Oli called up PM Modi and greeted the government and people of India on the country's 74th Independence Day, an official statement said.

It said Mr Oli also conveyed to PM Modi his congratulations for India's recent election as a non-permanent member of the UN Security Council.

PM Modi offered India's continued support to Nepal in its fight against the pandemic and recalled the civilizational and cultural links that the two countries share, it said.

"The leaders expressed mutual solidarity in the context of the efforts being made to minimise the impact of the COVID-19 pandemic in both countries. Prime Minister offered India's continued support to Nepal in this regard," the statement said.

It said PM Modi thanked Oli for his telephone call.

It is not known whether issues relating to the border row figured in the talks between PM Modi and Mr Oli.

Mr Oli has been asserting that Lipulekh, Kalapani and Limpiyadhura belong to Nepal and vowed to "reclaim" them from India.