NCP chief Sharad Pawar said that the Centre is acting against the interests of workers and should not be in power. 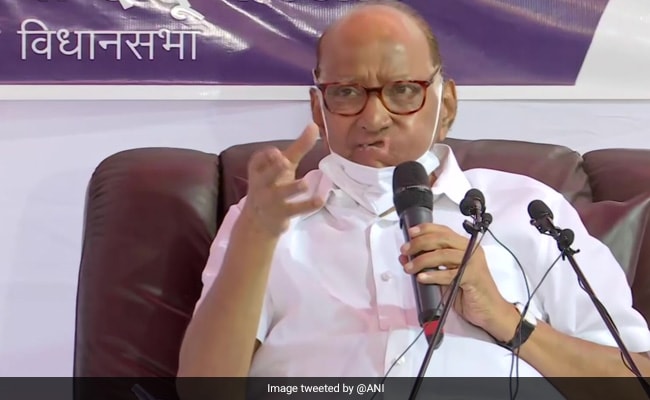 NCP chief Sharad Pawar said that the Centre is acting against the interests of workers.

NCP chief Sharad Pawar on Sunday accused the BJP-led central government of acting against the interests of workers and claimed that it was making changes in law so that employees can be removed from service any time.

He said that those who are against the interests of workers should not be in power.

Mr Pawar also alleged that the Centre was trying to pose financial hurdles before Maharashtra by not releasing the GST dues.

Addressing the workers of his party in Pimpri Chinchwad, an industrial township near Pune city, he also told them how Hindustan Antibiotics (HA) as well as several automobile companies were set up there.

"Those who are against the interest of workers should not be in power…we all have to tell this to them, and for that Pimpri Chinchwad can be one of the cities which will give this strong message," he added.

But the Maha Vikas Aghadi (MVA) government in the state is going to work for industries and employment generation, he asserted.

The NCP shares power with the Shiv Sena and the Congress in the Uddhav Thackeray-led MVA government.

Sharing an anecdote about how the Hindustan Antibiotics started functioning in Pimpri Chinchwad and how manufacturing of penicillin began, he said when Mahatma Gandhi was living with his wife Kasturba Gandhi in a bungalow on Ahmednagar Road in Pune, Kasturba Gandhi was battling a disease that needed a specific type of medicine which was not being produced in India at that time. Later she died due to the illness.

"When the then prime minister Pandit Jawaharlal Nehru visited Gandhi after that, the latter told Nehru about the non-availability of medicine in India. It was then that Nehru took a decision and the HA was formed," he said.

Mr Pawar also shared how Tata's vehicle manufacturing company was retained in Maharashtra and set up in Pimpri Chinchwad.

Mr Pawar said that as a Union agriculture minister for 10 years between 2004 and 2014, he and the UPA government worked to change the situation and India became an exporter of wheat.

Earlier, India used to import rice, but now it is one of the topmost countries that exports it, he said.

"We worked towards using our power for the betterment of the farmers who can solve the hunger issues, but now the BJP is doing exactly the opposite," he said.