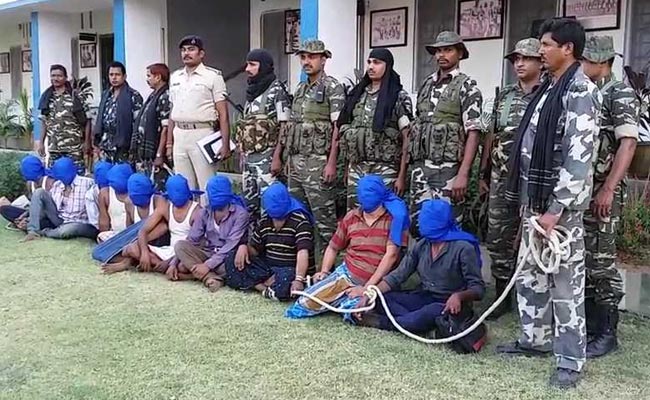 The information is based on the literature aeized from Naxals arrested recently.

In the last week, three such operatives were arrested and three were killed in CRPF operations. They had with them, said the sources, literature that throws light on Naxal strategy in Bihar and other parts of the country.

The most startling, they said, are plans to manufacture a "helicopter" that can carry two people for extremely short flights, say between two hills, in areas where the Maoists operate.

This "helicopter" would reportedly use engines of Hero Honda motorcycles. The CRPF sources did not specify whether they have seized drawings or then papers which indicate that a prototype has been built.

The documents allegedly also indicate that the Naxals are attempting to manufacture mortar shells and remote-controlled improvised explosives devices or IEDs.

Promoted
Listen to the latest songs, only on JioSaavn.com
Security forces have unearthed similar plans before. Naxals had reportedly tried their hand at manufacturing a helicopter a few years ago, but it was too rudimentary and could not have flown, it was analysed. They had also earlier tried to manufacture rockets, most of which reportedly exploded, killing their own cadre.

Among other plans allegedly detailed in the documents seized this week, is a decision by the Naxals not to target railway tracks - except during bandhs - and schools or hospitals, as it is felt that the common public uses these services and attacks on them lead to a negative perception about the Maoists.