Navratri: How Devotees Are Observing First Day Of Chaitra Navratri

Navratri: Today is first day of Chaitra Navratri. Devotees have gathered in temples to perform pooja and aarti. 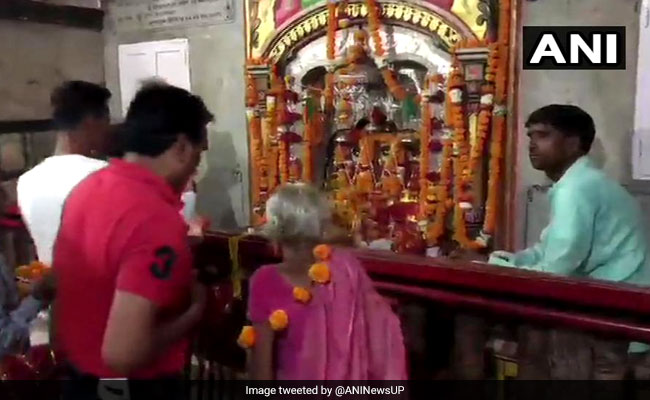 Chaitra Navratri date: It begins on April 6 and ends on April 4.

On the first day of Chaitra Navratri today, devotees lined up at temples to seek blessings, perform aarti as they observe the first day of their nine-day fast. This year, Chaitra Navratri is being observed from April 6 to 14. Nine "avatars" or incarnations of Goddess Durga - Shailputri, Chandraghata, Kushmanda, Skandamata, Katyayani, Kaalratri, Mahagauri, and Siddhidaatri, are worshipped during Chaitra Navratri - one on each day. The festival culminates on April 14 with Rama Navami that celebrates the birth of Lord Rama. Navratri festival commemorates the coronation of Lord Rama post his return to Ayodhya after completing 14 years of exile. Devotees believe that it will help bring peace, prosperity and happiness in one's life.

In Delhi's famous Kalkaji temple and Jhandewalan temple, special arrangements have been made for the devotees. Flowers adorn the temples for Navratri celebrations and devotees gather in large numbers to observe the auspicious time.

"It is Hindu new year or Hindu nav varsh, a very special festival for us. We keep fast for nine days," a devotee told news agency ANI.

In Varanasi, devotees were seen in large number at the Durga Kund Temple on the first day of Navratri. In Mumbai, Ayodhya and Delhi temples saw a beeline of devotees. Here are the visuals:

Delhi: #Visuals from Jhandewalan temple on the first day of #Navratripic.twitter.com/WxdiScYMmQ

#Visuals from Badi Devkali Devi Temple in Ayodhya on the first day of #Navratripic.twitter.com/d18JTCHg7h

Mumbai: 'Aarti' being performed at Mumba Devi Temple on the first day of #Navratripic.twitter.com/e7xZwOV6Cf

On Mahashtami- the eighth day of the Navratri, kanya poojan/ kanjak poojan (worshipping of girls), is performed where signifying various forms of Goddess Durga.

On Mahanavami - the ninth day of Navratri, puja is performed and nine forms of the Goddess are worshipped. Some families also perform the kanya poojan on this day.