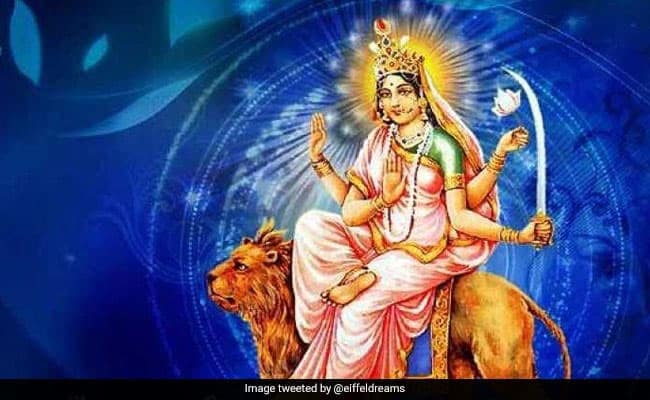 Today marks the 6th day of Navratri 2020: Katyayani Devi is worshipped on the sixth day on Navratri. Maa Katyayani symbolizes knowledge and courage. Devotees worship Katyayani Devi during Navratri for happiness and a trouble-free life. Katyayani is the destroyer of evil. According to Hindu scriptures, Goddess Durga assumed the form of Katyayani to destroy the demon Mahisasura and that is why she is also known as the 'warrior goddess'.  Maa Katyayani is depicted as riding a lion. She has four hands, two on her left has lotus flowers and the right hands are in Abhaya and Varada mudras (hand gesture), symbolizing fearlessness and abundance.

Katyayani Maa is worshipped on Shasthi in the Shukla Paksha tithi. Puja for Katyayani is usually done with red or yellow flowers. Devotees perform the puja early in the morning. As the colour of Katyayani is red, many women wear a red saree today. The Sanskrit mantras are recited in front of the Kalash that was established as the seat of Goddess Durga on the first day of Navratri. Devotees place a photo of Katyayani Devi near the Kalash. The puja of Katyayani is complete with aarti off the goddess. For aarti a piece of camphor and incense sticks are lit. 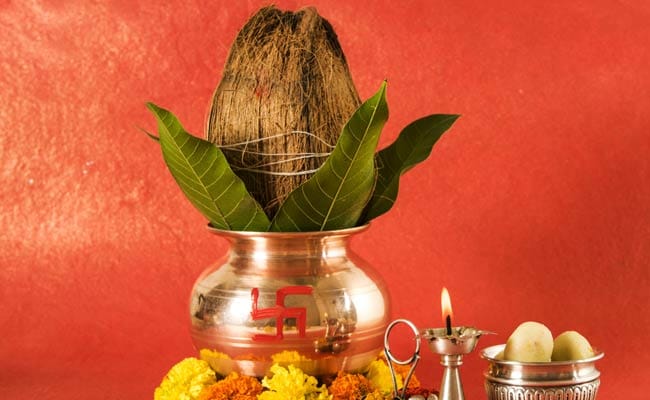 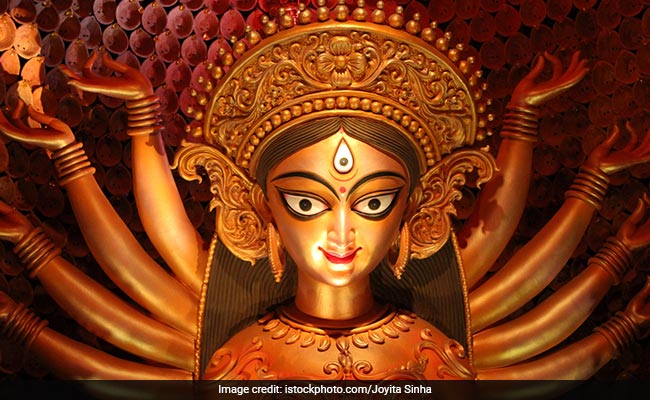