A recent study linked almost 2.5 million deaths in India in 2015 due to pollution. 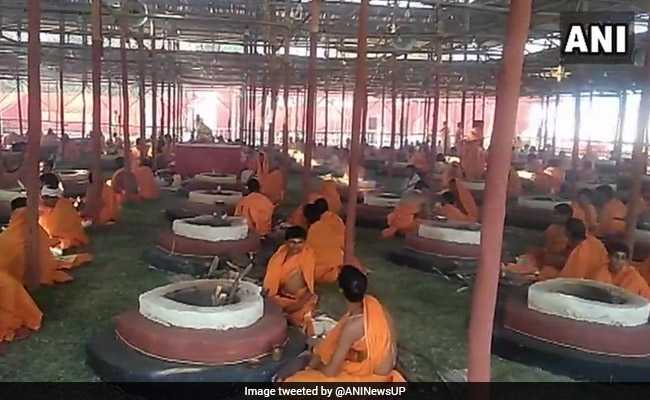 More than 350 Hindu priests have gathered in India this week for a multi-day religious ceremony to pray that the gods deliver them from a modern-day scourge - air pollution. But the ceremony involved burning hundreds of mango trees - some 110,000 pounds of wood - in large fire pits constructed at the venue in the city of Meerut in northern India.

"Our scriptures dictate that a hawan [prayer ceremony] helps purify the air and if we keep doing this, air pollution will reduce considerably. We are doing our bit towards mankind, flora and fauna and the environment," Girish Bansal, vice president of the group, the Shri Ayutchandi Mahayagya Samiti, told the Indian Express.

Millions more cars on the roads, unlicensed factories and rampant development has caused suffocating air pollution in many cities in India in recent years. A recent study linked almost 2.5 million deaths in India in 2015 due to pollution, and last year the hazardous condition of the air led the chief minister to call the capital of the country, New Delhi, a "gas chamber."

New Delhi, just a few hours from the ceremony ground, is overcome with a cloud of smog and noxious fumes before the winter season begins as a result of burning of crop fields and heavy traffic from surrounding states. Doctors have reported a rise in the number of patients seeking help for respiratory problems. During a smog emergency last year, residents were advised to use masks to reduce exposure and to install air purifiers in their homes and cars.

Environmentalists decried the event, and reactions on social media varied from astonishment to anger that the state's pollution control board had declined to intervene to stop the nine-day ceremony, which will stretch on until March 26.

Hindu priests often perform such rituals to induce rainfall or wealth or even good luck. The leaders of the organizing party offered reassurance to angry environmentalists.

Om Prakash, the presiding religious head, told the Indian Express that they are also using clarified butter from Indian cows in the fire ceremony, which is pure and thus "is not harmful."

(Except for the headline, this story has not been edited by NDTV staff and is published from a syndicated feed.)
Comments
Navaratri 2018mango wood burntDelhi pollution