The 36th edition of India-Indonesia coordinated patrol between the Indian Navy and the Indonesian Navy began on Friday. 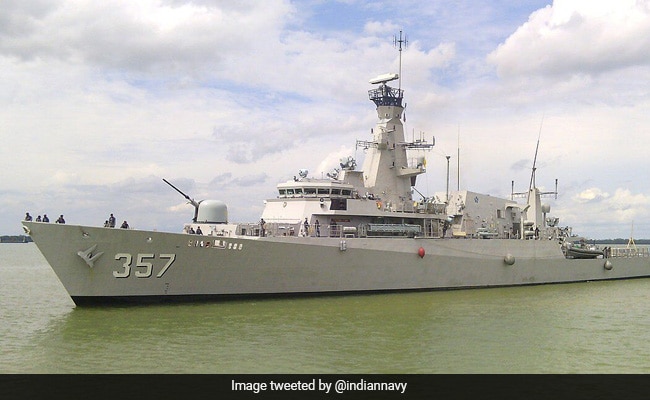 An Indian Naval Ship on Friday began a two-day coordinated patrol with an Indonesian Navy vessel in the Indian Ocean region, in an exercise that highlights a high degree of mutual trust, confidence, synergy and cooperation between the two friendly navies.

The 36th edition of India-Indonesia coordinated patrol (CORPAT) between the Indian Navy and the Indonesian Navy began on Friday and will continue till July 31, according to an official statement by the Indian Navy.

The CORPAT between India and Indonesia will also witness the participation of Maritime Patrol Aircraft from both nations.

"The exercise, being conducted as a ''non-contact, at sea only'' exercise in view of COVID-19 pandemic, highlights the high degree of mutual trust and confidence, synergy and cooperation between the two friendly navies," read the statement.

India and Indonesia have been carrying out Coordinated Patrols along the International Maritime Boundary Line (IMBL) twice a year since 2002, with an aim of keeping this vital part of the Indian Ocean Region safe and secure for commercial shipping, international trade and conduct of legitimate maritime activities.

"As part of Government of India's vision of SAGAR (Security and Growth for All in the Region), Indian Navy has been proactively engaging with countries in the Indian Ocean Region to enhance maritime security in the region. India and Indonesia have traditionally enjoyed a close and friendly relationship covering a wide spectrum of activities and interactions, which have strengthened over the years. Maritime interactions have been growing steadily between the two navies with frequent port visits, bilateral exercises and training exchanges," the statement added.

The 36th edition of IND-INDO CORPAT seeks to bolster the maritime cooperation between the two navies and forge strong bonds of friendship across the Indo Pacific.