While Bengal BJP had blamed the Trinamool Congress for the bomb attack outside Arjun Singh's house, the state ruling party had said the attack was a result of internal feud in the Bengal BJP. 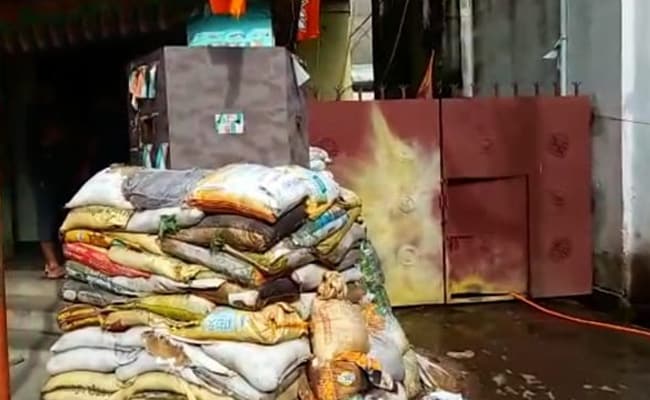 The bombs had hit one of the entrance gates of BJP MP Arjun Singh's house. (File)

The National Investigation Agency (NIA) on Monday took over the investigation of the case linked to crude bombs attack outside the house of BJP MP Arjun Singh in West Bengal's North 24 Parganas district.

The NIA took over the case and filed an FIR based on the orders of the Ministry of Home Affairs (MHA).

"We have just received the orders and taken over the case regarding bomb attack outside BJP MP Arjun Singh," NIA spokesperson informed ANI.

Three crude bombs were thrown outside the house of Arjun Singh "Majdoor Bhavan" at Jagaddal in West Bengal's North 24 Parganas district, despite the presence of security, on September 8 between 6-6.30 am.

The bombs had hit one of the entrance gates of the house. However, no injuries were reported in the incident.

The Bharatiya Janata Party (BJP) leader was not present at his home and was in Delhi at the time of the incident, but his family members were inside the house.

Soon after the attack, the BJP reacted strongly to the attack and Darjeeling MP Raju Bista had demanded an NIA investigation in the matter.

West Bengal BJP claimed that the ruling party, Trinamool Congress, was behind the attack.

However, the Trinamool had refuted the charges and said that the attack was a result of internal feud in the West Bengal BJP.

Arjun Singh, previously a Trinamool Congress MLA, joined the BJP in 2019 ahead of the Lok Sabha elections and won from the Barrackpore parliamentary constituency.