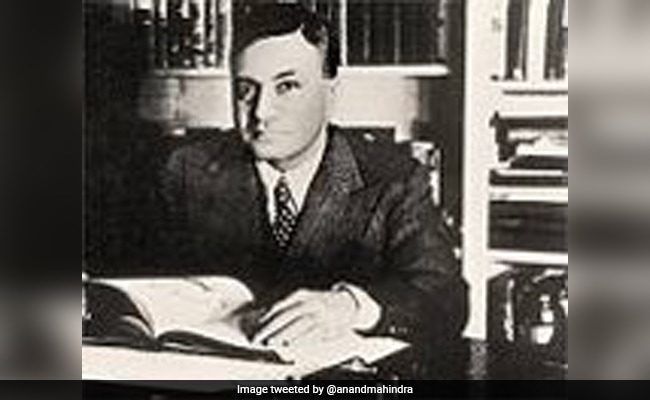 On National Civil Service Day, industry leader Anand Mahindra tweeted his respect for all Civil Servants of India. In a touching post on Twitter, he narrated a family story of his grandfather and granduncle who were both Civil Servants before starting Mahindra & Mahindra in the 40s. "My grandfather Jagdish and granduncle Kailash were both civil servants during World War 2. Jagdish left Tata Steel to become India's first Iron & Steel Controller. Kailash headed the India Supply Mission in the U.S. In '45 they quit to start M&M," Mr Mahindra posted on the microblogging site along with photos of the two founders.

Mr Mahindra also wrote: "I count myself as belonging to the larger Civil Servants family. On National Civil Service Day I salute all Civil Servants who keep this vast country working, especially during these very difficult days."

So I count myself as belonging to the larger Civil Servants family. On #NationalCivilServicesDay I salute all Civil Servants who keep this vast country working, especially during these very difficult days. (2/2) pic.twitter.com/dJepjsXtJ2

National Civil Service Day is a day to appreciate the tremendous work done by officers engaged in public administration, in various departments of the central and state governments. On National Civil Service Day, the Prime Minister's Awards for Excellence in Public Administration are also presented. Come rain or storm, the civil servants including IAS, IPS, IFS and others are out there taking care of the needs of local people and ensuring smooth availability of goods and services.

Do you know why National Civil Service Day is celebrated on April 21? The Government of India chose April 21 as the National Civil Service Day as on this day the country's first home minister, Sardar Vallabhbhai Patel addressed the newly appointed Administrative Services Officers in 1947. The historic occasion took place at the Metcalf House in Delhi. Sardar Vallabhbhai Patel, had referred to the administrative officers as the ''steel frame of India'' or in other words the backbone of the country's administration.

Word 'Indian' Not In WHO Report On Covid Variant: Government Fact-Checks