Naseeruddin Shah also said there was a tendency to lend more importance to the death of cows than people, in a reference to the Bulandshahr mob violence. 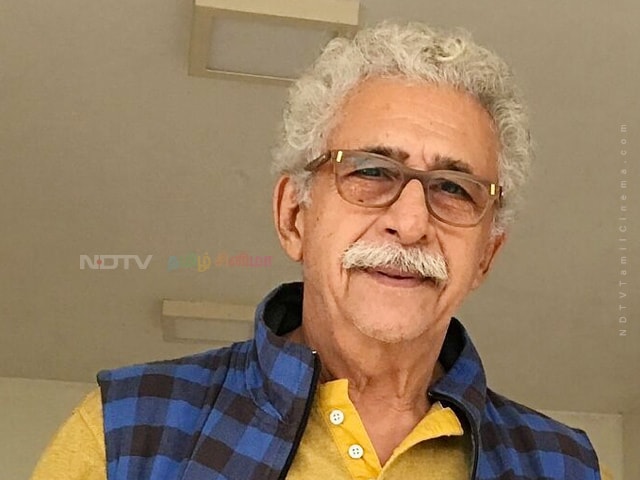 Bulandshahr violence: Naseeruddin Shah said a cow's death is being given importance than a cop's

In an apparent reference to the killing of a policeman in the Bulandshahr mob violence two weeks ago, veteran actor Naseeruddin Shah has said that at many places the death of a cow is being given more importance than the killing of a policeman. "There is complete impunity for those who take law into their own hands. In many areas we are witnessing that the death of a cow is more significance than that of a police officer," the 68-year-old actor said in an interview with Karwan-e-Mohabbat India on Monday as criticism mounts over the Uttar Pradesh administration's response to the killing of police inspector Subodh Kumar Singh in mob frenzy over cow slaughter allegations on December 3.

UP Chief Minister Yogi Adityanath has been facing criticism for focusing more on the cow killing in a meeting he had with senior officials just after the policeman's murder in the Bulandshahr violence. He had ordered strict action against those behind the cow carcasses found in a forest, which provoked the mob violence.

Yogi Adityanath had controversially referred to the mob killing as a "durghatna (accident)". Days later, Uttar Pradesh Inspector General Ram Kumar reiterated that identifying the people who allegedly slaughtered the cattle was the "bigger question".

While multiple arrests have been made for cow slaughter, the main accused in the killing of the policeman still remains untraced.

In the interview, Naseeruddin Shah also said he was anxious over the well-being of his children, who he said have not been brought up as followers of any particular religion. "I feel anxious for my children because tomorrow if a mob surrounds them and asks, 'Are you a Hindu or a Muslim?' they will have no answer. It worries me that I don't see the situation improving anytime soon" he said.

Naseeruddin Shah's fear for his children's safety is reminiscent of Aamir Khan's comments on intolerance in 2015 that had sparked a major controversy.