Apart from the note ban, nothing new has been done by the government, the Sena said in an editorial in party newspaper 'Saamana'. 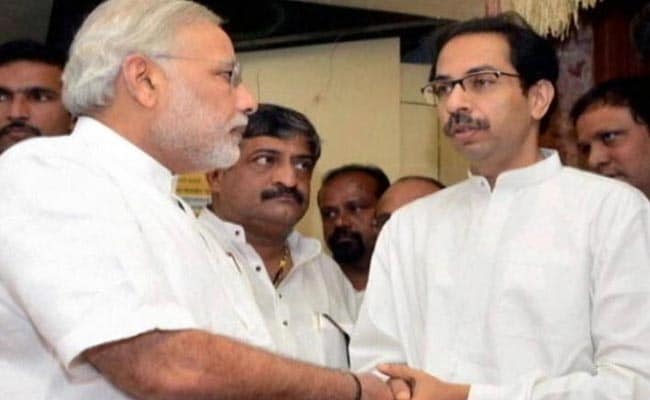 Shiv Sena is a constituent of the BJP-led National Democratic Alliance at the Centre.

Mumbai: The Shiv Sena, a key ally of the BJP, today said the Narendra Modi government only "inaugurated and renamed" the projects started by the previous UPA dispensation and nothing new, barring demonetisation, has been achieved in its three years in office. The Sena, a constituent of the NDA government, also asked if the common man and farmers, who they said were among the worst hit by demonetisation, were part of its third anniversary celebrations.

Apart from the note ban, nothing new has been done by the government, the Sena said in an editorial in party newspaper 'Saamana'.

"Some important and big projects were started by the previous government and they were just being inaugurated and renamed with vigour," it said, citing the examples of the Bhupen Hazarika Dhola-Sadiya bridge in Assam and the Chenani-Nashri tunnel in Jammu and Kashmir.

The Narendra Modi government's "bold and ambitious" decision to scrap high-value notes led to a lull in industrial activities and large-scale job cuts in the IT segment, the party said. The notes ban came as a blow to farmers, who are finding it hard to get agriculture loans ahead of the kharif season, the daily said.

"Who gave the RBI the right to throw into dustbin the hard earned money of farmers?" the Sena editorial asked.

Promoted
Listen to the latest songs, only on JioSaavn.com
The government is happy over the bull run in the stock market, but appears unperturbed about distressed farmers and "destruction" of district co-operative banks, it added.