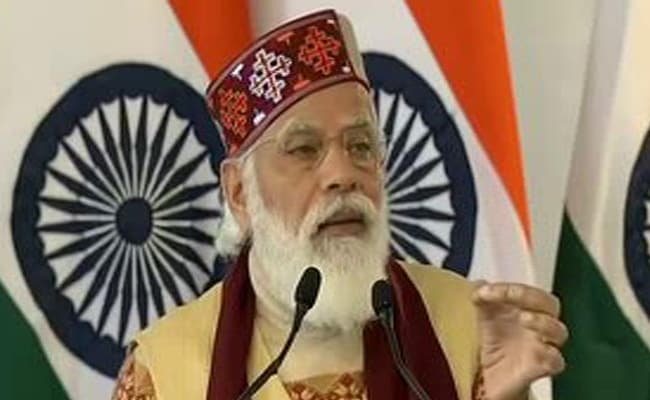 Several BJP leaders and union ministers today tweeted messages with the hashtag #20thYearOfNamo to mark the start of Prime Minister Narendra Modi's 20th year as the head of an elected government.

The flurry of tweets, including from supporters, saw the hashtag #20thYearOfNamo trending high on Twitter this morning.

After serving three terms as Chief Minister, he was sworn in as Prime Minister in May 2014 as the Bharatiya Janata Party swept the general election, becoming the first party to win a majority in over three decades. He was re-elected in 2019.

In all, he has been the head of a government for 6,941 days, according to Rajya Sabha member Sudhanshu Trivedi, a national spokesperson of PM Modi's Bharatiya Janata Party (BJP).

"One of the unblemished tenures ever seen. Kept public welfare as a priority and never worried about himself. Always kept sovereignty & pride of India intact," Mr Trivedi's tweet said.

"PM @narendramodi has become one of the longest serving heads of an elected government in the world. It is a matter of great pride for every Indian. May he get all the strength so that India and the world grow prosperous with peace and sustainability," tweeted Ravi Shankar Prasad, Union Minister for Information & Technology.

He posted an infographic comparing PM Modi's tenure with those of the likes of former US President Bill Clinton, who completed 20 years, and former British Prime Minister Margaret Thatcher (11 years and six months.)

I'm lucky to be at the same time when India has moved to the centre stage of global world order under the visionary leadership of PM @narendramodi Ji. India's destiny was written on #ThisDay in 2001 when Modi Ji took oath as CM of Gujarat & leading us now as PM. #20thYearOfNaMopic.twitter.com/kMQjSwWPFY

People become a part of history but only a few have the will to make history.

Destiny drives many but only a few are able to drive their own destiny.

PM @narendramodi is a man born for a cause - the cause of scripting the history of the nation in golden letters.#20thYearOfNaMopic.twitter.com/FMBmTaiHCJ

Another infographic widely shared by PM Modi's supporters compared his 6,941 days as head of a government with all former Indian Prime Ministers, including Jawaharlal Nehru (6,130 days) and Indira Gandhi (5,829 days).