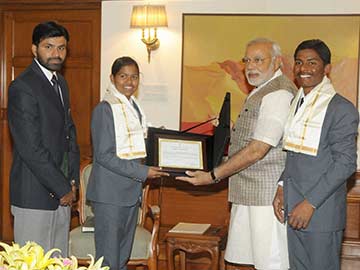 Malavath created a record of becoming the youngest female ever in the world to reach the world's highest peak at the age of 13 years and 11 months on May 25.

She is a student of the Social Welfare Residential School in Nizamabad, Telangana. Her parents work as an agricultural labour.

He studies in the Social Welfare School in Khammam, Telangana.

His father works as a mechanic in a cycle shop.