Happy Birthday Narendra Modi: Amit Shah tweeted that a new India emerging under the Prime Minister's leadership which has made a mark in the world as a strong, secure and trustworthy nation. 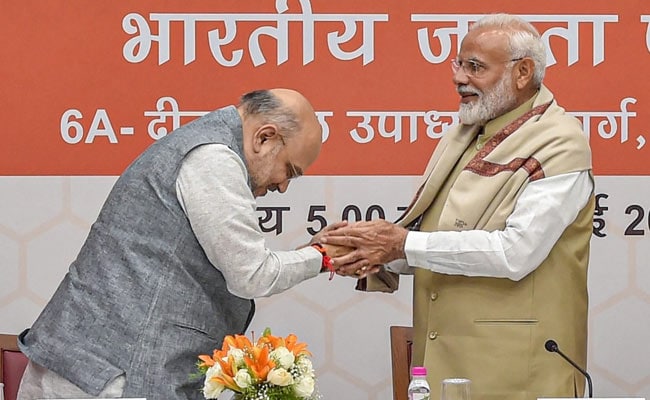 Mr Shah also said that along with development, Prime Minister Modi has made an unprecedented contribution towards making of new India.

He said that as a reformist, the Prime Minister gave a new direction to politics and made everyone proud by finding a permanent solution to the problems that had been going on for decades.

"For making the life of every Indian easy, your hard work and determination is an inspiration for us. It is a privilege to be a partner with you in nation building as a public representative, a worker and a countryman. I pray to God for your healthy and long life," Mr Shah said in another tweet on PM Narendra Modi's birthday.

For PM Narendra Modi's birthday, the BJP is observing Seva Saptah or Service Week that started on September 14. During this week, blood donation camps, health check-up, eye check-up, and operation camps are being organised across the country. Emphasis is also being laid to spread awareness to ban single-use plastics and participate in the cleanliness drives.

Earlier today, PM Modi visited the Statue of Unity and Sardar Sarovar Dam in home state Gujarat.  Along with Chief Minister Vijay Rupani, he opened the "Namami Narmade Mahotsav" and offered prayers at the dam site. He also reviewed several projects like visited river rafting, jungle safari park, butterfly park and the Ekta Nursery and also visited Khalvani eco-tourism site and Dutt temple. He then met his mother Heeraben who lives near Gandhinagar and sought her blessings.