Another RSS leader added that Narada, a "master communicator", knew the crux of journalism 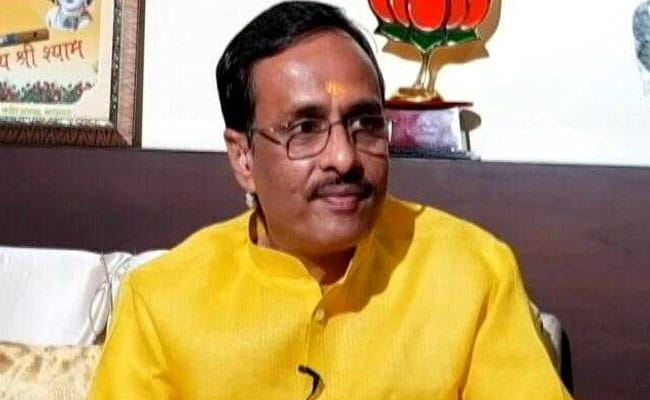 Dinesh Sharma, who has a PhD in Psychology, taught at the Lucknow University.

New Delhi: A few days ago, Yogi Adityanath's deputy had referred to charioteer Sanjay's live updates from Kurukshetra, where the battle was fought between Kauravas and Pandavas, from the Indian epic Mahabharata to highlight his claim that journalism began in ancient India. And now, a Rashtriya Swayamsevak Sangh (RSS) worker has called sage Narada the "first-ever journalist".

"Narada was the first journalist of the entire universe. No two ways about it. It's a matter of faith. A debate on the issue will be futile," Narendra Jain, the RSS's regional publicity in charge, was quoted as saying by news agency Press Trust of India.

Another RSS leader added that Narada, a "master communicator", knew the crux of journalism. "The Maharishi followed the basic tenets of journalism ages ago. He was omnipresent as journalists are required to be," he said.

"Your Google has started now, but our Google started long time back. Narad Muni was the epitome of information. He could reach anywhere and transfer a message from one place to another by saying 'Narayana' three times," said Mr Sharma, who has a PhD in Psychology and taught at the Lucknow University.

The BJP leader started his political career as a member of the Akhil Bharatiya Vidyarthi Parishad (ABVP), the student wing of the RSS, which celebrates Narada's birth anniversary across the country in May according to the traditional Hindu calendar. The RSS, which is the ruling BJP's ideological fountainhead, also awards "deserving journalists" on the occasion.

Before Mr Sharma, Gujarat Chief Minister Vijat Rupani, too, had likened Narada Muni to Google. He said Narad Muni used to deliver news to Balram (brother of Lord Krishna) during the Mahabharata period and to others at various points of time.

His Tripura counterpart Biplab Deb, who served the RSS for 16 years, had also drawn ridicule for his remarks that internet existed in the Mahabharata era.

"In Mahabharata, Sanjay narrated the war to Dhritarashtra. This was due to internet and technology."

Promoted
Listen to the latest songs, only on JioSaavn.com
However, after such comments drew widespread criticism, PM Modi asked BJP leaders to stop making controversial statements and providing "masala" to the media.