Narada Case: Man Behind The Sting Operation That Made Mamata Banerjee See Red Kolkata: As the CBI probe into the Narada case - which has made Bengal's ruling party see red -- got a green signal from the Supreme Court, the man who conducted the sting operation for a news portal has come under the scanner. Questions have been raised about the motives of Mathew Samuel and his decision to release the tapes in March last year, just before Assembly elections in the state, two years after he had shot them. Who funded the sting that gave away nearly 80 lakh rupees is still a grey area.

On Tuesday, the Supreme Court refused to give in to the Bengal government's demand and call off the CBI investigation into the case, which was ordered by the Calcutta High Court on 17 March. The top court has given the agency a month's time to come up with a report in the case, in which leaders of Trinamool were purportedly seen accepting huge wads of cash from the reporter posing as a man wanting to set up a company in Bengal and seeking favours from the government.

Mathew Samuel was a journalist with Tehelka when he conducted the sting operation back in 2014, just before the Lok Sabha elections. At the time, the owner of Tehelka was Trinamool lawmaker KD Singh. 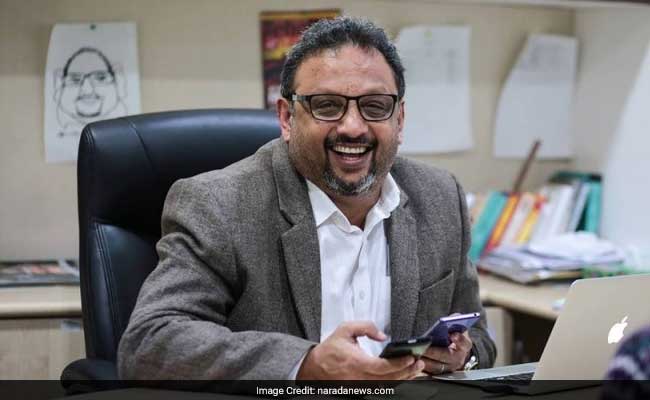 Mr Samuel has reportedly claimed that Mr Singh asked for the sting report.

He has also claimed that at the time, he had no idea that Mr Singh was a lawmaker of the Trinamool Congress. He said he thought Mr Singh belonged to the Jharkhand Mukti Morcha, a small but powerful regional party from Jharkhand.

The Central Bureau of Investigation, which is probing the case, is investigating Mr Samuel's claims as well.

Mr Singh, who was nominated to Rajya Sabha by the Jharkhand Mukti Morcha in 2010, joined the TMC a few months later. The businessman-turned-politician owns a private jet and a whole range of enterprises like Republic of Chicken, a popular food products outlet, and a chit fund group called Alchemist.

Mr Samuel, however, made the tapes public only in 2016, ahead of the Assembly polls, on a news portal he himself had set up, naradanews.com.  There is no clarity on why he chose that time to make them public.

The agency has searched Mathew Samuel's home in Delhi seeking papers and equipment related to the sting operation.

Promoted
Listen to the latest songs, only on JioSaavn.com
Mr Samuel, who was last week at a hospital at Kochi, recuperating from surgery, told NDTV that he was cooperating with the investigation. He has also welcomed the Supreme Court order today.

But KD Singh, the lawmaker of TMC, was not available for comment.