On Wednesday, the five-month-old government of Shurhozelie Liezietsu was dismissed after he failed to show up for a trust vote ordered by Governor PM Acharya. 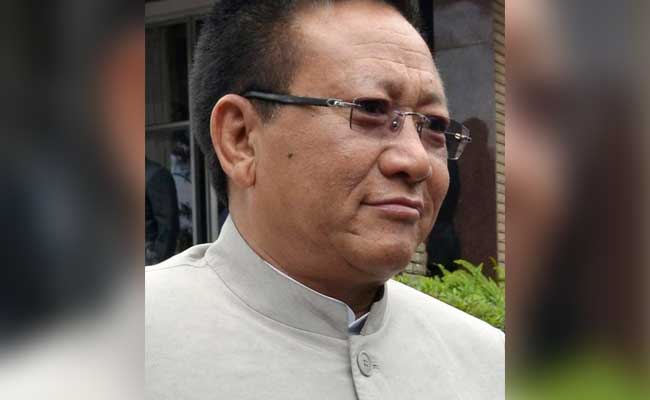 Kohima: Two days after his predecessor skipped a trust vote and was almost immediately replaced, Nagaland Chief Minister TR Zeliang has won his test of strength. It is, say many, the first in a series of steps towards an Arunachal Pradesh-style political change-up.

The ruling Naga People's Front is now deeply divided. One section is preparing to petition in court against today's floor test, those supporting Mr Zeliang are debating suspending 11 lawmakers for voting against him.

On Wednesday, the five-month-old government of Shurhozelie Liezietsu was dismissed after he failed to show up for a trust vote ordered by Governor PM Acharya. Confronting a massive rebellion, Mr Liezietsu had tried to stop the vote but his petition was rejected by a court. On Wednesday, he and his supporters were a no-show in the floor test and didn't even respond to calls.

A dramatic power shift was set in motion when 43 Naga People's Front lawmakers led by Mr Zeliang met the governor and asked him to dismiss Mr Liezietsu saying he no longer had the support of a majority of legislators. The rebels were then taken to a resort in Assam's Kaziranga as Mr Zeliang guarded his flock.

Mr Liezietsu upset many legislators last month when he appointed his son as his adviser and gave him cabinet rank and pay.

Earlier this week, the BJP came out in support of Mr Zeliang and also submitted its letter of support to the governor.

Promoted
Listen to the latest songs, only on JioSaavn.com
Mr Zeliang had quit as Chief Minister after large scale protests by tribal groups who were opposed to his move to hold civic polls with 33 per cent reservation for women.

In many ways, the Nagaland situation mirrors that of Arunachal Pradesh, where a long period of political turbulence ended with a rebel leader of the ruling party joining the BJP, taking most lawmakers with him.