The joint statement was given after the two leaders had met Union Home Minister Amit Shah in Delhi on October 20. 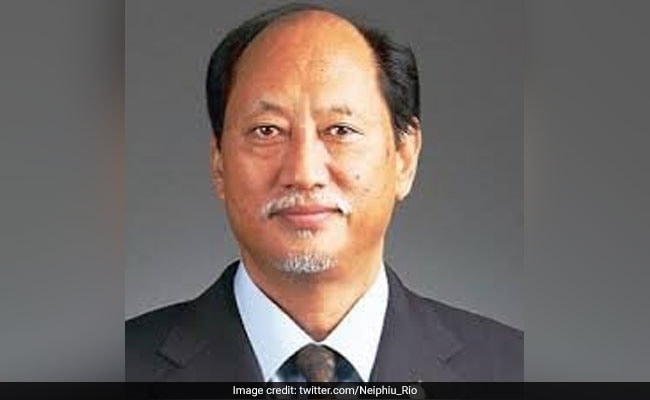 Nagaland Chief Minister Neiphiu Rio and opposition leader TR Zeliang have jointly appealed to the Centre and various organisations for an early solution to the Naga political issue.

They appreciated the positive approach of the Centre to expedite the ongoing peace talks.

The two leaders said they have issued the joint statement for peace and unity.

They urged the Centre and the Naga organisations participating in the peace talks to "arrive at an early solution", which will bring prosperity to the people of the region, according to the statement issued on Friday.

The joint statement was given after the two leaders had met Union Home Minister Amit Shah in Delhi on October 20. Mr Rio had recently said his government is committed to play the role of an "active facilitator" between the Centre and the negotiating parties.

According to him, the solution to the political imbroglio should be honourable, inclusive and acceptable to the Nagas.

The state government had convened a consultative meeting with representatives of all the civil society organisations, political parties, ex-parliamentarians and public leaders.

The opposition NPF acknowledged the content and spirit of the resolutions adopted during the October 15 consultative meeting and is "committed to actively support all initiatives towards resolution of the Naga issue", the joint statement said.

The state government also appreciated the NPF party resolution, adopted in a meeting under the banner of the Political Affairs Mission, on September 14.