The panel has recommended that the minority communities be empowered through a three-tier model of institutions--central schools, community colleges and national institutes. 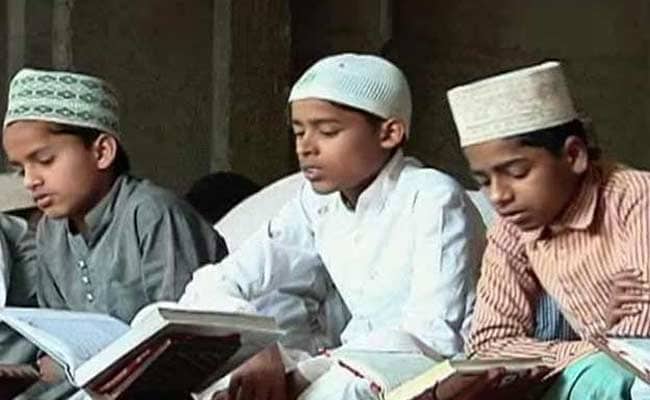 New Delhi: Muslims are the "educationally most disadvantaged community" among the minorities, a panel formed by a government-funded agency has said, advocating a three-tier model to tackle the educational backwardness. The panel has recommended that the communities be empowered through a three-tier model of institutions--central schools, community colleges and national institutes. It suggests creation of infrastructure to proffer education at primary, secondary and tertiary levels by opening 211 schools, 25 community colleges and five national institutes.

It has suggested the proposed schools could follow the Kendriya Vidyalaya or Navodaya Vidyalaya pattern while the community colleges may be based on open access model.

When contacted, Union Minority Affairs Minister Mukhtar Abbas Naqvi told PTI the recommendations are in line with the government campaign to empower the minorities educationally. "We are currently studying the report. We will figure out the components which can be easily implemented. We will try to implement the do-ables from the next academic year," he added.

On December 29 last year, the Maulana Azad Education Foundation (MAEF) had formed the 11-member committee with Afzal Amanullah, former secretary with the government, as its convenor.

The MAEF is a non-profit and non-political social services organisation funded by the ministry.

"The educationally most disadvantaged community among minorities in India are the Muslims. They are lagging behind in literacy, enrolments and in successful completion of courses at primary, secondary and tertiary levels," the committee has observed in the report.

According to the 2011 Census data, literacy rate among Muslims was 68.53 per cent against the national average of 72.98 per cent. The difference in enrolment rate for Muslims (74 per cent) and the remaining population (83 per cent) is also "sharp", the panel said.

"We feel the three-tier model...would have a very positive and salutary effect in tackling the educational backwardness of the minorities and getting their children into the mainstream where they become proud contributors to the development of our nation," it said.

The committee has suggested national institutes-- different from the university system and IITs/IIMs-- should be established through an Act of Parliament.

It has proposed establishing 211 central schools: one in each minority concentrated block of the 167 identified minority-dominant and concentrated districts.

The remaining 44 are proposed to be established in minority-dominant and concentrated cities.

The schools should have sufficient infrastructure like buildings, classrooms, library, laboratory and facilities such as mess, it has recommended.

They will be co-educational, will give free education and follow the CBSE curriculum from class I to XII with three streams of education - arts, science and commerce.

The community colleges would be set up one each in 25 states and enhance the employability of its students, the reports has said.

Promoted
Listen to the latest songs, only on JioSaavn.com
The national institutes are proposed to be set up for providing education in areas such as science and technology, health and allied sciences, architecture planning and design, climate change and disaster management and renewable energy and food security.

These will offer programmes of masters, doctoral and post-doctoral levels and their research infrastructure is envisioned to be at par with international standards, it has suggested.