Amid a crowd of supporters who had gathered at Vanrai police station in the evening, the four were released after 10 hours of detention, the official informed. 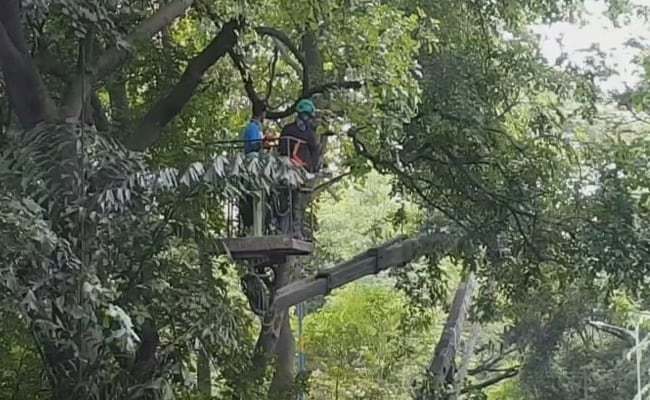 Four persons who were detained for protesting against the metro rail carshed construction in Mumbai's Aarey forest area on Monday were released after 10 hours, a police official said.

He said protesters Tabrez Sayyed and Jayesh Bhise were detained first after notices under section 149 (action to prevent cognizable offence) of the Code of Criminal Procedure (CrPC) were issued to them and then two others, identified as Laxman Jadhav and Rohit, were detained, he said.

Amid a crowd of supporters who had gathered at Vanrai police station in the evening, the four were released after 10 hours of detention, the official informed.

The area is witnessing heavy police presence and restrictions on movement of people and vehicles, with only residents of the vicinity being allowed to enter after checking of IDs like Aadhaar Cards etc, he added.

Videos of trees being trimmed in the vicinity of the carshed site went viral on social media during the day, and civic-run Brihanmumbai Electric Supply and Transport Undertaking too announced that some of its buses would be avoiding the route due to this.

The previous Maha Vikas Aghadi government under Uddhav Thackeray had stopped metro carshed work at the site citing environment concerns and had asked authorities to shift the facility to a plot in Kanjurmarg in the eastern suburbs.

However, one of the first decisions taken by the new Eknath Shinde-Devendra Fadnavis dispensation, which took charge on June 30, was to recommence work at Aarey, one of Mumbai's major green lungs.