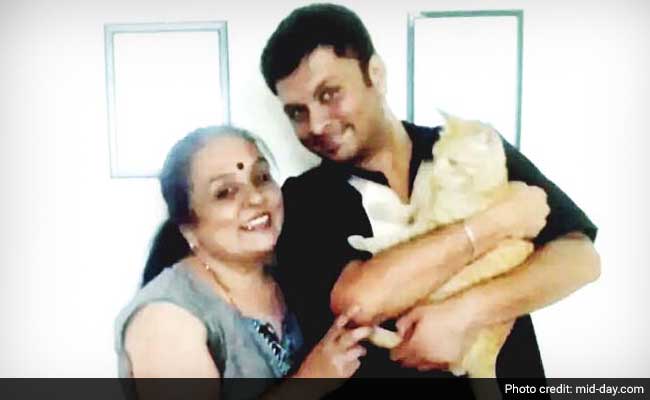 Harrish Iyer (36) and his mother Padma (58) placed a groundbreaking gay matrimonial ad yesterday. Many have hailed the ad as the first of its kind in the country.

Mumbai: Like any other Indian mother advancing into the silver years, Padma Iyer wants to see her son happily married and settled as well. But what sets her quest apart from others is the fact that she isn't looking for a bride, but a groom for her son.

Yesterday, in a groundbreaking move, she placed a gay matrimonial advertisement for her son, which met with an outpouring of support on social media, with many calling the ad the first of its kind in the country.

Harrish Iyer is a well-known name in Mumbai's LGBT (lesbian, gay, bisexual and transgender) community, with a flamboyance that often puts him in the spotlight, whether it is as an LGBT activist or as a director at the NGO, United Way of Mumbai.

"But this very flamboyance often intimidates other men, making it harder for Harrish to find a partner," said one of his friends, on the condition of anonymity. With Harrish now 36 years old, and his mother, Padma also at the advanced age of 58, she is anxious that he find a partner.

"I am getting old. I want my son to find a companion before I leave the world. A male companion," she said. In the past, Padma had expressed a desire to start a matrimonial forum for gay men along with some like-minded people, but that plan never took off.

However, with her own son's happiness in mind, Padma has taken it upon herself to find a suitable match for Harrish. On Tuesday, the gay matrimonial advert for Harrish was published, reading as follows: 'Seeking, 25-40, well-placed, animal-loving, vegetarian groom for my son (36, 5'11), who works with an NGO.

Caste no bar (Though Iyer Preferred)'. In most aspects, it is similar to the thousands of Indian matrimonial ads seen every day, including the caste preference, which drew some criticism on online forums.

Ask Padma about it though, and she says, "How are the concerns of a gay child's parents any different from that of others?" The advertisement created a lot of buzz on social media and Harrish received a couple of responses within the day.

The Iyers believe this is a good omen for their endeavour, which met a lot of resistance in the beginning. With support flooding in for the ad now, however, the mother-son duo hopes to complete their search soon. If a suitable match is found, Harrish intends to wed his partner as per rituals.

Promoted
Listen to the latest songs, only on JioSaavn.com
"I guess my wedding will be a vegan ceremony, and will have a mix of the best customs of all religions and castes," said Harrish, adding that a lot would depend on the groom and his preferences as well.