Mumbai Airport had to use its secondary runway until the main runway was ready to take aircraft, leading to hundreds of cancellations and diversions. 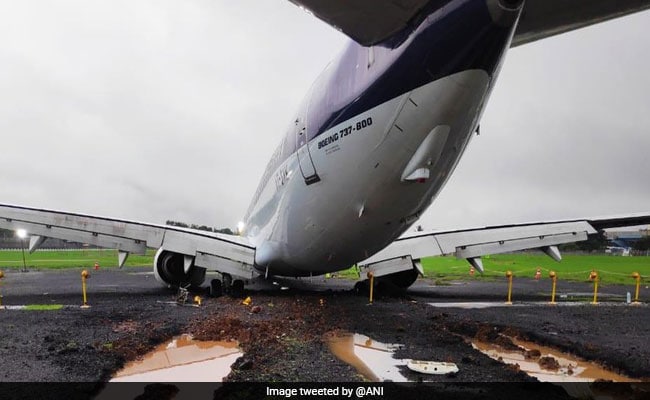 A SpiceJet flight overshot the main runway on Tuesday while landing amid heavy rain in Mumbai. (File)

Flight operations have resumed on the main runway at the Mumbai Airport after it was closed late Monday. A SpiceJet flight had overshot while landing amid heavy rain and had been stuck at the end of it.

Hundreds of flights were cancelled or diverted after the Boeing 737-800 skidded off the runway and got stuck in mud, hampering flight operations at India's second biggest airport.

The airport had to use its secondary runway until the main runway was ready to take aircraft.

Wall collapses in Mumbai and nearby towns, caused by the worst monsoon rains in a single day in 14 years, killed 30 people on Tuesday and disrupted rail and air traffic, prompting officials to shut schools and offices.

Mumbai, the hub of India's financial and entertainment industry, struggles to cope with monsoon rains every year, as widespread construction and garbage-clogged drains and waterways make it increasingly vulnerable to chaos.