Road clearance agencies attended the affected areas and ensured the movement of the traffic, say officials 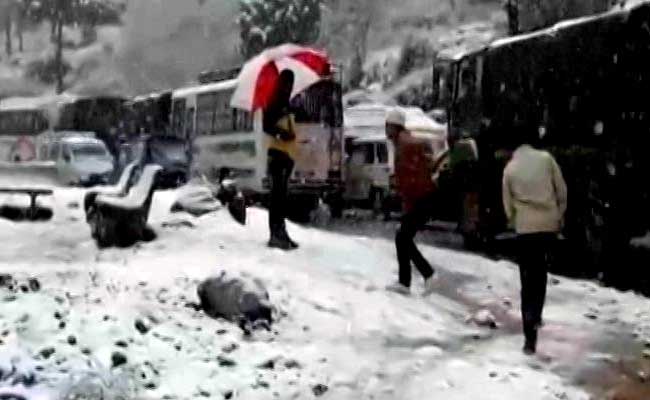 The traffic on the strategic Jammu-Srinagar national highway was disrupted on Saturday due to multiple landslides in Ramban district, officials said.

The 270-km Srinagar-Jammu national highway, the only all-weather road linking Kashmir with the rest of the country, was blocked by minor landslides triggered by overnight rains at Panthiyal and Digdole in Ramban sector, they said.

However, the debris were cleared and the traffic on the highway was allowed from both sides this morning. But fresh landslides and shooting stones from the hillocks overlooking the highway between Panthiyal and Ramsu during the day further disrupted the traffic, the officials said.

They said the road clearance agencies attended the affected areas and ensured the movement of the traffic.

"The traffic on the highway is going on smoothly after it was cleared around 5.30 pm," a traffic department official said.

The high altitude areas of Jammu and Kashmir experienced moderate snowfall on Thursday and Friday, while the plains including Srinagar were lashed by intermittent rains.

The officials said a medium danger avalanche warning has been issued by Snow and Avalanche Study Establishment (SASE) for higher reaches of Baramulla, Kupwara and Bandipora districts of north Kashmir.