Ahead of their daughter Isha's wedding in December, the Ambanis had organized a similar Anna Seva function. They served food to over 5,000 people in Udaipur. 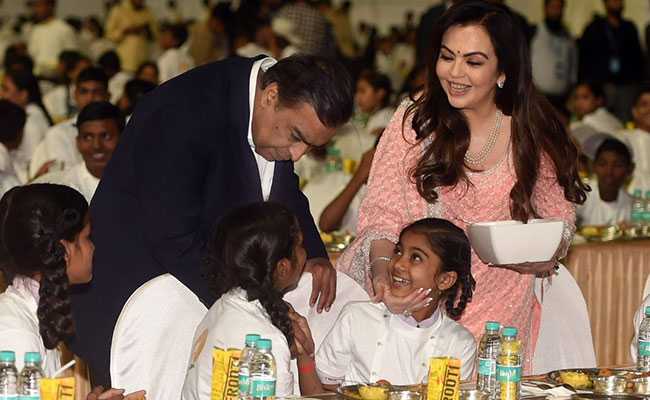 Mukesh Ambani and wife Nita interact with kids during the "Anna Seva" in Mumbai. (PTI)

Mukesh Ambani and his wife Nita Ambani started a week-long Anna Seva (Food Service) programme in all the orphanages and old age homes in Mumbai on Wednesday, ahead of their son Akash's wedding. Together with the family of Shloka Mehta, Akash Ambani's fiancee, they served food to about 2,000 children.

The Ambanis also treated the kids to an enthralling musical fountain show during rhe inauguration of the Dhirubhai Ambani square in Mumbai. The musical show was a visual treat with renditions of 'Vande Mataram' and 'Jai Ho', synchronised with the movements of the fountain.

Ahead of their daughter Isha's wedding in December, the Ambanis had organized a similar Anna Seva function. They served food to over 5,000 people in Rajasthan's Udaipur. Akash Ambani and Shloka Mehta will get married this month. The Ambanis had started their wedding celebration with a musical night full of fun and dance at their residence in Mumbai. Pictures from the event were widely shared on social media. Photos from the venue showed performers ready with their instruments on stage and guests playing dandiya.

The bash was followed by a lavish three day celebration in St Moritz, Switzerland. Bollywood celebrities Shah Rukh Khan, Alia Bhatt, Ranbir Kapoor and other celebrities were a part of the celebration. Music sensations Coldplay and The Chainsmokers had performed for the guests. 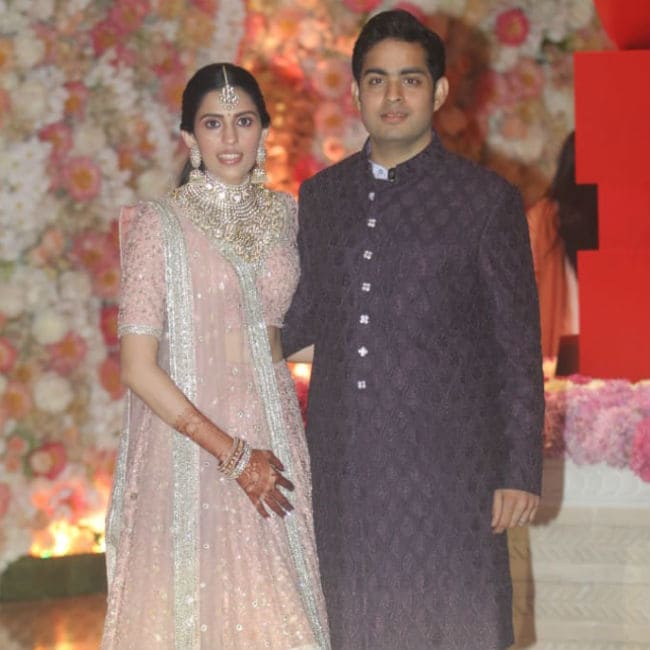 Akash Ambani and Shloka Mehta will get married this month. The lavish pre-wedding celebrations have also begun.

Shloka Mehta is the daughter of diamantaire Russell Mehta. Akash Ambani had proposed to her in the presence of family members in Goa. The Ambanis later hosted a lavish engagement party for the couple.