An Indian Mountaineering Federation (IMF) official said the team had a rough idea of where the four Britons, two Americans, one Indian and one Australian were on Nanda Devi. 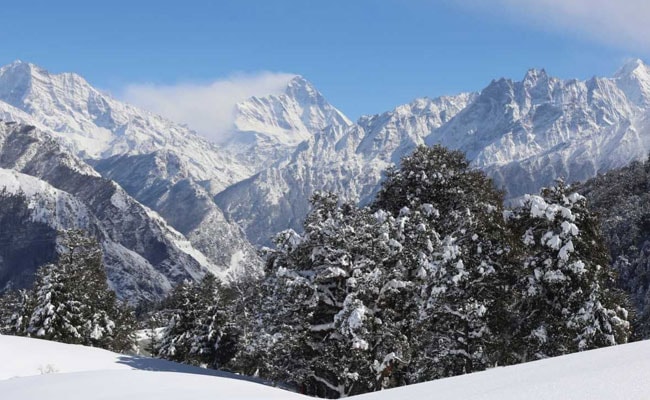 Mountaineers on Monday began a dangerous trek toward an isolated Himalayan slope in order to find the bodies of eight climbers feared killed by an avalanche.

An Indian Mountaineering Federation (IMF) official said the team had a rough idea of where the four Britons, two Americans, one Indian and one Australian were on Nanda Devi, India's second highest mountain.

But they could take four days to reach the mountain's eastern slope where the bodies are believed to be at a height of about 5,000 metres.

Military helicopters last week spotted five bodies in the snow, but attempts to drop troops by air to retrieve them were aborted due to turbulent winds and the risk of further avalanches on the difficult terrain.

A ground team was now attempting a treacherous trekking route.

"The objective is to determine the location of the bodies and see if it's possible to bring them back," said Maninder Kohli, a member of the IMF.

He said the retrieval operation was fraught with risks.

"The ground team will first make an assessment and see if the bodies can be moved to a flat surface where helicopters can land," he said.

"If there is a risk to life in bringing back the bodies, mountain burials for the bodies can be considered."

Mr Kohli said it would take "about three to four days" for the team to reach the site, but the window of opportunity was closing and the team had about 10 days in total before the scheduled arrival of monsoon rains.

The eight climbers were part of a 12-strong expedition, but four Britons were rescued after breaking away.

The main group, which was led by experienced British mountaineer Martin Moran, had permission only to climb the eastern peak of Nanda Devi.

But a Facebook post by Martin Moran's mountaineering firm on May 22 said that they planned to attempt "an unclimbed peak" around 6,500 metres high.

The two groups last communicated on May 26, a day before heavy snow fell and massive avalanches started.